After Watlow developed a unique thermal spray method for producing resistance heating elements, they faced the challenge of bonding wires to it. Laser welding was the solution.

Over the past 100 years, Watlow has grown from humble beginnings as a manufacturer of heating elements for the shoe industry in St. Louis, Missouri, USA, into a global leader in precision electric thermal solutions. Today, their products service demanding applications in semiconductor processing, clean energy and environmental technology, diesel emissions, medical, clinical & analytical products, and food service equipment.

During that journey, Watlow acquired a group in Kuchl, Austria, which had created an ingenious and novel method for producing resistance heating elements. This technique involves depositing a very thin resistive layer material on to a metal or ceramic substrate using a thermal spray approach.

This offers several benefits over the traditional way of fabricating heating elements from nichrome wire. In particular, it can produce large-area heating elements that deliver very high temperatures and heat fluxes, and which can be formed in virtually limitless different shapes and configurations. This process has turned out to be so useful and adaptable that several of the company’s most high-performance heating elements for precision thermal control applications are now based on it.

But initially, the developers faced a dilemma which seemed insurmountable. Specifically, the problem was attaching the wires that are required to supply electrical power to this thermal spray layer.

Traditional solder, which is almost universally used to make electrical connections, can’t be used for a couple of reasons. First, an oxide layer typically forms on the outside of the thermally sprayed resistor layer material which prevents solder from bonding to it. Also, most solder will melt when subjected to the high operating temperature of these heating elements. As a result, conventional nichrome heating elements in most products are mechanically attached using some form of crimping or riveting.

Various forms of welding, including microplasma welding, are also sometimes utilized for joining wire to conventional nichrome heating elements. However, none of these methods were ideal for Watlow’s applications because they put too much heat into the thin and relatively fragile thermally sprayed resistor layer. In fact, even traditional soldering has this same limitation.

When Watlow engineers first saw a demonstration of the Coherent Select Manual Laser Welder, they thought that it might solve their problem. They immediately realized that it offered two critical and distinct characteristics as compared to other welding technologies.

First, the laser is focused to a small spot, which means that it applies heat over an extremely localized area. Second, the amount of time that the laser is on can be controlled precisely so that the total amount of energy coupled into the thermal spray layer is carefully limited.

After the engineers at Kuchl started testing the Coherent Select Manual Laser Welder, they rapidly determined that it was a feasible solution to their problem. They established that it could reliably produce bonds with the electrical and mechanical characteristics necessary for their commercial products.

However, to successfully employ any equipment in a production environment, it must do more than simply perform the required process. Ideally, manufacturing systems should be easy to use, cost-effective, reliable, have a short learning curve, and be flexible enough to meet changing needs.

Watlow has found that the Select Manual Laser Welder delivers on all these requirements. The human-machine interface (HMI) and controls are intuitive and ergonomically laid out. So, an operator can quickly learn to use the tool, and then operate it for several hours a day without difficulty.

It's also easy for the design staff and manufacturing engineers to change weld parameters. This enables new product designs or different material combinations to be rapidly moved into production.

The Select Manual Laser Welder has met all the technical needs at Watlow. But, just as significantly, so has Coherent as a supplier. “We have three Select Manual Laser Welders, sometimes running all day long, and it’s rare that we have a problem with them,” notes Gernot Antosch, Application and Development Engineer at Watlow in Kuchl, “But when we do, Coherent is out here fast to get it fixed. Also, Coherent Labs supports us in developing new process recipes. This has been particularly helpful when we’re working out how best to weld tricky dissimilar material combinations, and for some of the other tougher applications we run into.”

The Kuchl team is also involved in transferring their manufacturing technology to Watlow locations in the United States where products are made in higher volumes. Laser welding has proven to be scalable and is successfully used in this environment. However, in a higher production volume setting, the company has typically moved from manual welding systems to ones which allow a greater degree of automation. The Coherent worldwide support team has made this transition easy.

“Our high-precision welding processes require a surgical scalpel, not a sledgehammer – and that’s exactly what the Select Manual Laser Welder delivers." 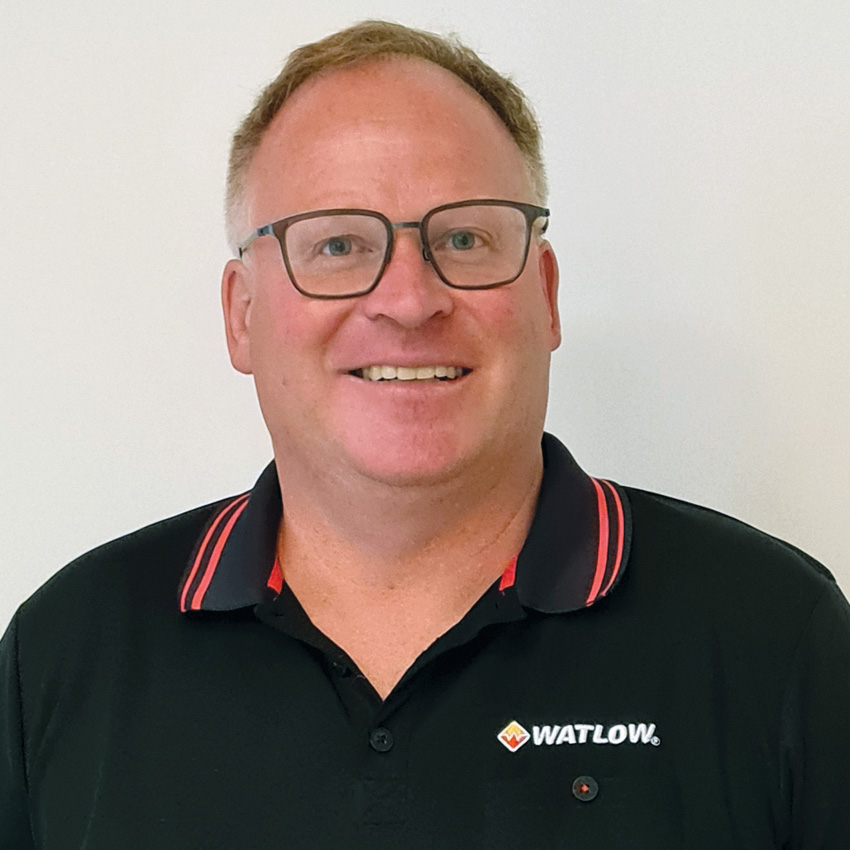 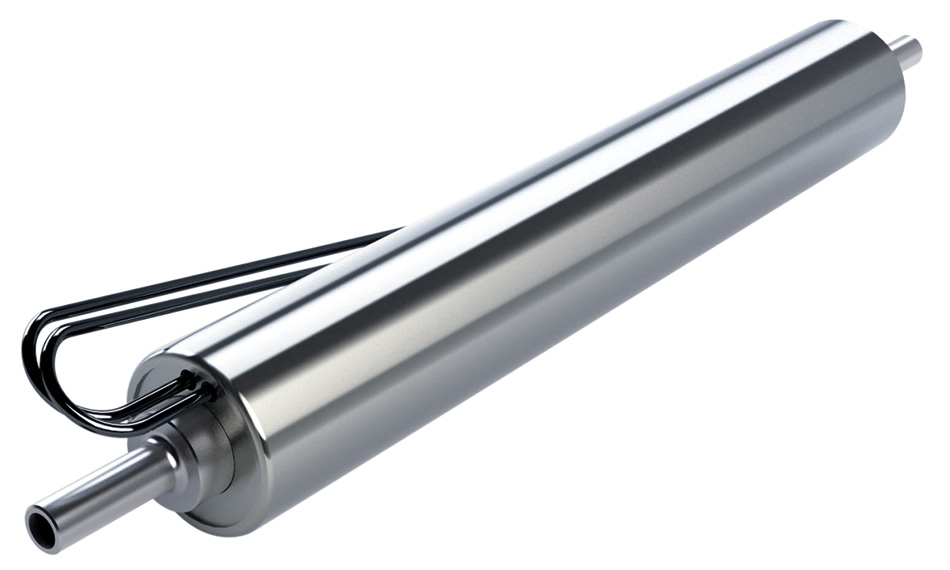 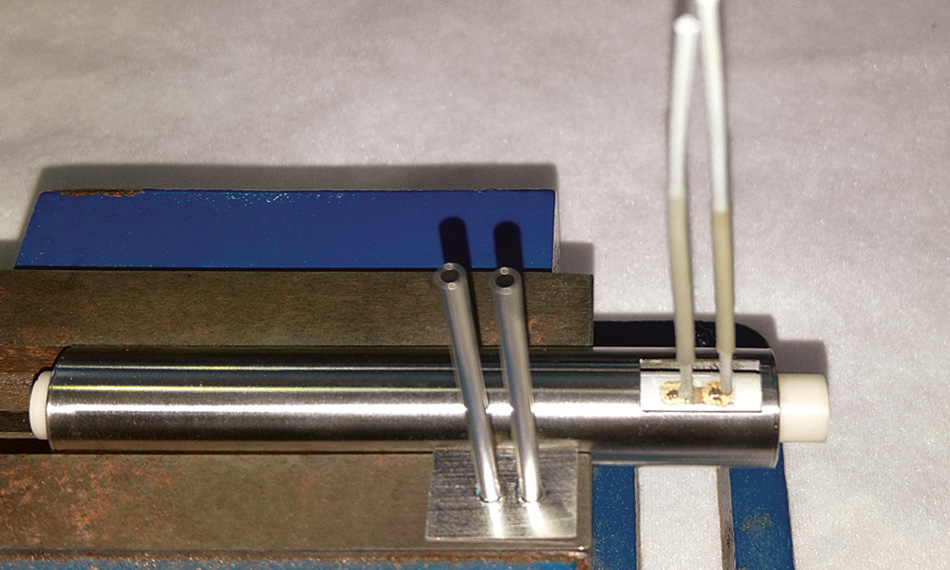 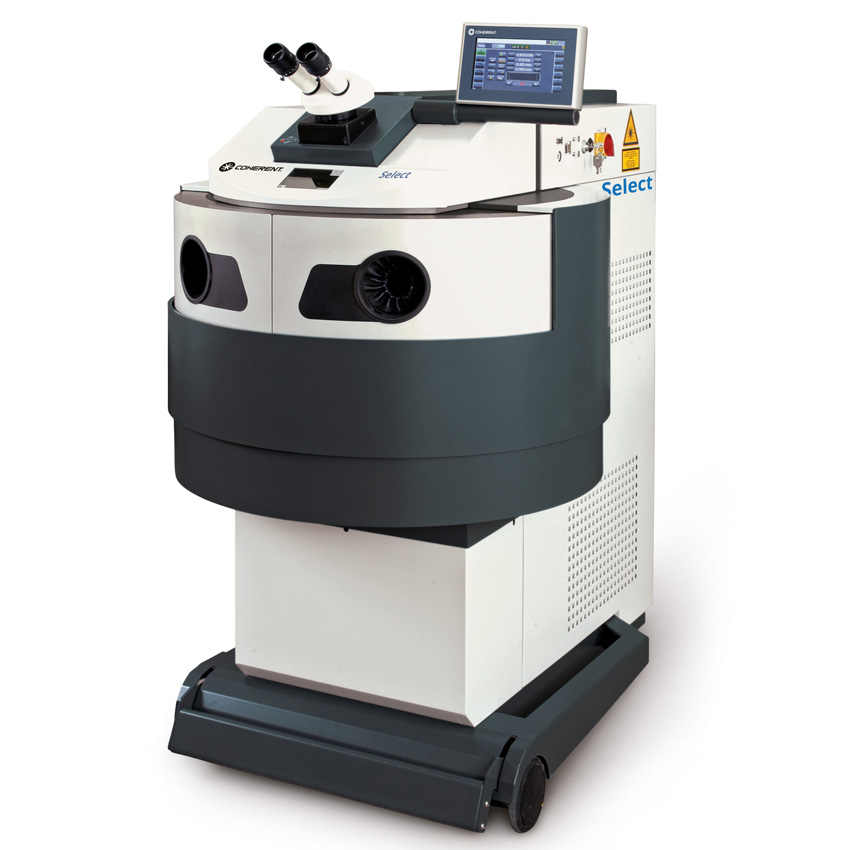 Figure 3: The Select Manual Welder can be used manually, with a joystick or CNC-controlled.