Dr. Helmut Karl is a Professor of Experimental Physics at the University of Augsburg (Germany), where his research activities include serving as a Group Leader in the area of Nanoscale Functional Oxides. Dr. Karl explains that complex oxides are particularly interesting to his team because they display a range of magnetic and electric properties that can be exploited in advanced devices such as memory chips, fuel cells, and ceramic capacitors.

Layers of high-quality oxides can be created by pulsed laser deposition (PLD), where the laser pulses vaporize the surface of a target in a vacuum chamber and the emitted material then deposits on a tape, wafer, or other substrates. The PLD process is a popular method that is already well-proven for stoichiometric deposition and epitaxial growth of complex oxides and many other material classes in functional heterostructures. Dr. Karl notes that PLD is also an extraordinarily reliable and versatile technique in terms of both materials and deposition conditions (e.g., background oxygen pressure).

Numerous published studies, including some by the Augsburg group, have examined the end results of the PLD process, namely the composition and physical properties of the deposited layers. However, there has been less focus on the investigation of the initial part of the process, i.e., the ablative interaction between the laser and the target. Dr. Karl and colleagues therefore decided to address this gap by investigating how single crystals of several complex oxides were ablated under different orientations and on-target fluences by repeated exposure to laser pulses. To this end, an optimized PLD optical beam path has been developed, which maintains the size and shape while altering the laser fluence [1].

The team decided to study the effects of pulsed laser ablation on single crystalline (001), (011) and (111) oriented SrTiO3 (STO), (102) oriented LaAlO3 (LAO), and (001) oriented Y3Al5O12 (YAG) targets. Single crystals were chosen because the PLD grown layers are known to exhibit accurate cation stoichiometry, are less prone to particle debris formation – which is often the problem with polycrystalline sintered targets – and provide a well-defined initial surface condition.

They decided to use a KrF excimer laser in this research, specifically a Coherent COMPex 205 F operating at a wavelength of 248 nm, since this is a commonly used laser preferred in many PLD research and industrial applications. The pulse energy of this laser is relatively high at 750 mJ supporting large area ablation at low to high fluences. Karl explains, “This 248 nm excimer laser and our dedicated beam path is a proven match for PLD of many different oxides and provides the beam homogeneity and high pulse-to-pulse stability we need for meaningful quantitative studies.”

The figure 1 shows a part of the optical arrangement used in this research. To achieve the same beam conditions on the target for analysis, both aperture and demagnification lens were kept in a fixed position while an all-dielectric attenuator was used to continuously adjust the laser energy at the aperture. This allowed the fluences at the target surface to be adjusted from 1-6 J/cm2 at constant laser spot dimensions.

With this arrangement, the researchers set out to comprehensively assess the single crystal targets in terms of morphology, oxygen loss, and crack formation after various short sequences of pulses at different fluences. The target surface morphology was imaged by atomic force, scanning electron microscopy, and confocal laser scanning microscopy. Electron backscatter diffraction analysis and energy-dispersive X-ray spectroscopy were used to analyze the crystallographic changes of the surface and the elemental composition.

The study revealed several interesting results. For example, all the materials exhibited a layer several hundred nm thick that must have been formed by periodic melting and recrystallization by each single laser pulse (Figure 2). Most of the materials exhibited surface cracking in a manner that indicated that thermal shock is not the only important mechanism. Rather, mechanical strain due to thermal expansion also plays a role. And for some materials, decomposition due to oxygen release is another active mechanism.

In summary, the team hopes that these new insights may lead to better target selection for PLD with the added bonus of potentially improving the performance of certain surface patterning applications based on excimer laser pulses.

“This 248 nm excimer laser is a proven match for PLD of many different oxides and provides the beam homogeneity and high pulse to pulse stability we need for meaningful quantitative studies." 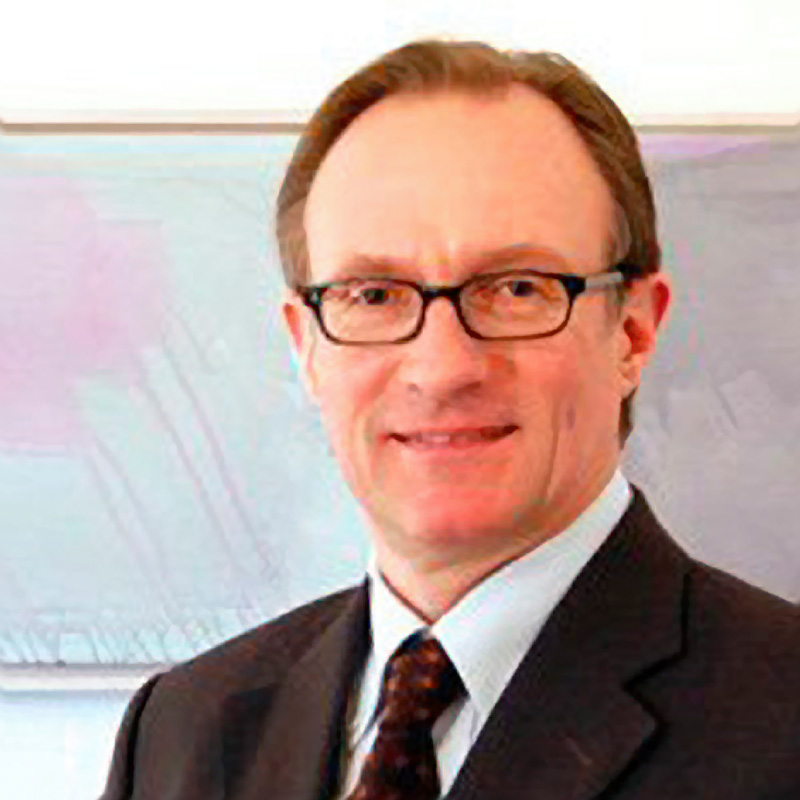 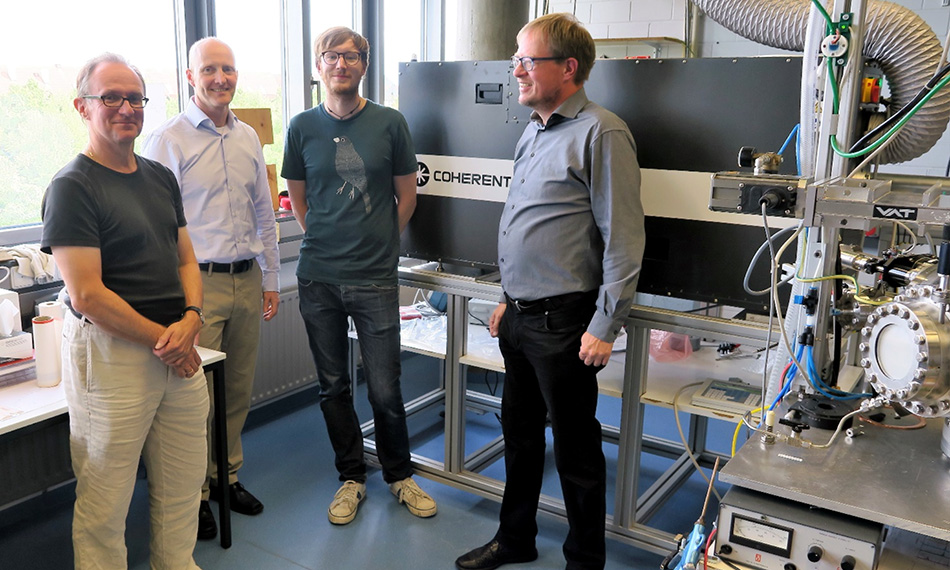 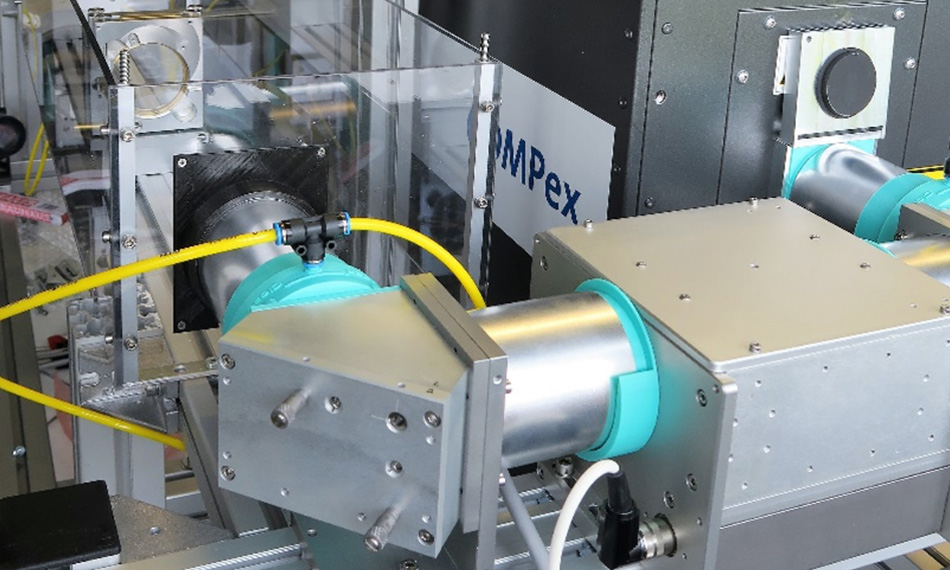 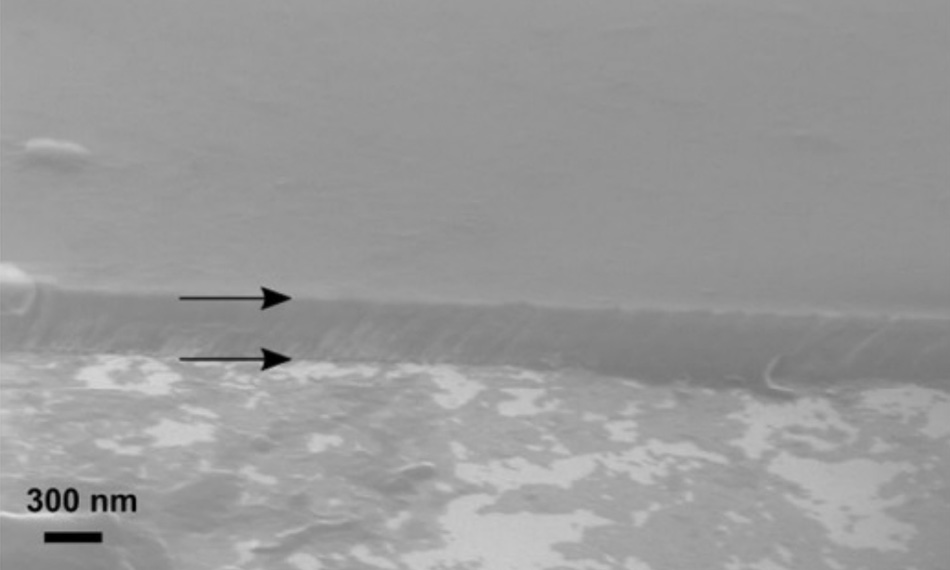