Coherent supplies optics and optical fabrication technology for one of the most ambitious astronomy projects ever conceived – the Thirty Meter Telescope.

Since the invention of the telescope by Galileo, astronomers have sought to build ever bigger instruments. The reason for this is simple physics. As a telescope gets larger, it produces more detailed and brighter images. This enables it to see further into the universe.

This is why a group of partners from the USA, Canada, Japan, China, and India have come together to create the Thirty Meter Telescope (TMT). For reference, the largest visual wavelength telescope currently operating has a 10.4 m mirror. So, a 30 m instrument represents a very substantial step forward in imaging capabilities.

Large reflector telescopes utilize mirrors as their optics (as opposed to lenses). However, it’s just not practical to make telescope mirrors much larger than about 8.5 m in diameter. To go larger, the main (or primary) mirror is instead constructed of a mosaic of smaller segments. Shaping these individual mirrors as hexagons optimizes the optical design. It allows the segments to be placed very close together in a figure that approximates a circle.

While bigger is better for telescopes, the benefits of better image quality only accrue if the optics are of extremely high quality. Specifically, this requires that the overall shape of the mirror conform precisely to the design form, and that the surface of the mirror is smooth and accurate (in terms of shape) to within just a few nanometers.

The Thirty Meter Telescope primary mirror will consist of 492 separate segments, each of which is 1.44 m corner-to-corner. The overall shape of the primary mirror is a hyperbola. This means that each of the individual segments is an off-axis piece of this shape (and there are 82 different shapes total for all the TMT mirror segments). This kind of shape is called a “freeform.”

There are only a handful of organizations in the entire world capable of making freeforms above a meter in diameter at the level of precision required for the TMT – especially in any significant volume. Four separate groups (in the United States, Japan, China, and India) have been selected by the Thirty Meter Telescope International Observatory (TIO) to fabricate these optics.

Coherent (formerly Tinsley Laboratories) was chosen to be the supplier in the United States. We will produce a total of 230 mirror segments – more than any other group. Coherent has also built the mirror polishing equipment, fixtures, and test equipment for the group working in India. The Indian engineers have already been trained on the use of all this at Coherent. Plus, Coherent personnel will accompany the equipment to India to help install and commission it.

There are two main methods for polishing meter-class high-precision freeforms. For shapes that depart significantly from a simple spherical surface, so-called “sub-aperture” polishing is used. Here, a polishing tool that is much smaller than the optic is used to work on just one region at a time, and the process is repeated to cover the entire aperture.

For shapes that are closer to spherical, a clever method called “stress mirror polishing” - a technique used commercially for aspheric optics production since the 1960s - can be utilized, even for large surfaces such as a ground telescope. A spokesperson for TIO agreed, noting, "This polishing approach is a heritage from the twin Keck Observatory telescopes. TMT is proud to use this technique to improve its mirror surface's shape, and keep the polishing method efficient." In this case, the optic is clamped mechanically in a way that purposefully distorts its surface. It is then polished using standard methods for figuring a sphere. These use a polishing tool that covers 85% of the aperture of the part. After polishing, the clamps are released and the part “relaxes” back into its final, desired freeform shape.

Stress mirror polishing is generally a faster and more deterministic method of fabricating large optics. It is faster because sub-aperture polishing works smaller areas of the part at a time, and so usually requires more processing cycles to cover the entire surface. Also, sub-aperture polishing inevitably creates small-scale ripples, or surface residuals, in the surface. For a high-performance optic, these must be removed, which may involve additional time-consuming steps. Stress mirror polishing is generally more deterministic because it is based on techniques that intrinsically produce a near-perfect flat or spherical shape.

Of course, stress mirror polishing requires a precision tool to impart exactly the right forces to distort the substrate. Since Coherent is fabricating 32 distinct mirror shapes, or types, creating this tooling could have occupied a significant amount of production time. To avoid this, Coherent developed a single tool that can be programmed to provide the force pattern needed to polish all the various shapes for the TMT segments.

“We considered Coherent as a possible supplier from the very beginning because they have well-established capabilities and credibility in large optics fabrication,” notes Glen Cole, Lead Optical Fabrication Engineer at TIO. “They successfully completed several projects for the Hubble Space Telescope – most famously the COSTAR optics which corrected its flawed primary mirror. More recently, they fabricated all 18 of the 1.4 m beryllium primary mirror segments for the James Webb Space Telescope.”

“But we also needed a technology transfer partner. Namely, someone who could get the group in India up and running. The ability of Coherent to support this effort was a big factor in selecting them. And the success they’ve had so far tells us we made a good choice.”

“The thing we couldn’t anticipate in 2017 when we first awarded Coherent the contract was the global COVID-19 pandemic,” adds Cole. “This slowed down all our efforts and started to push the project timeline back significantly. But Coherent had significant engineering resources devoted to our project, and also built a larger facility specifically to handle higher volume production of the TMT segments. This enabled them to keep our momentum going as we all emerged from lockdown. Plus, they’ve demonstrated an amazing ability to solve problems or deal with any fabrication issues that arose. This is the benefit of all their experience in fabricating large, precision optics.”

Our initial success with polishing the first few mirror segments (called “roundels” because of their round shape) led TIO to award us another contract in 2020. This is for cutting all the roundels we produce into their final hexagonal shape (a process called hexing).

TMT is a big project with many exciting challenges ahead. Based on the extraordinary images already coming back from the James Webb Space Telescope, we expect that TMT, with a collecting area greater than 20 times JWST's, will show utterly amazing science images.

“We considered Coherent as a possible supplier from the very beginning because they have well-established capabilities and credibility in large optics fabrication." 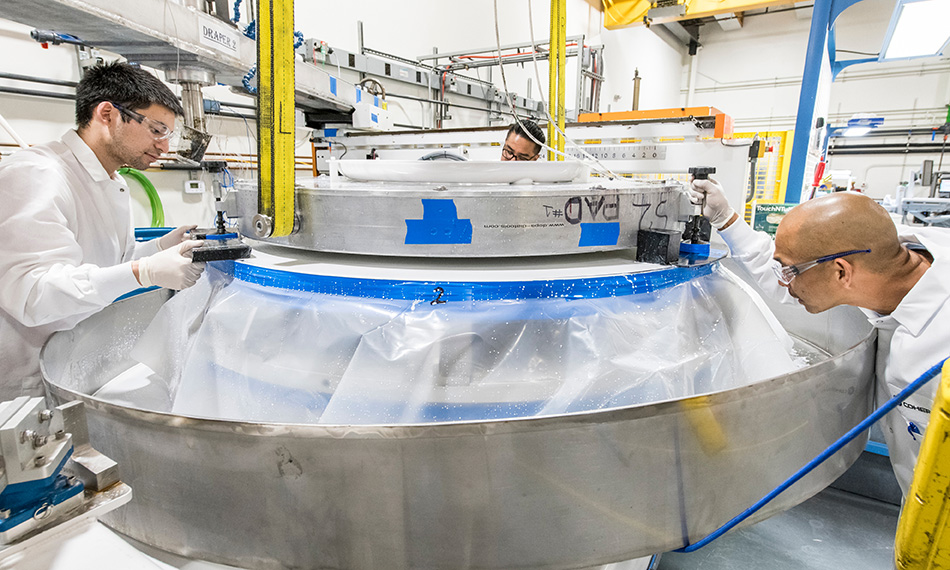 Figure 1. Technicians check the alignment and settings of a roundel during polishing. 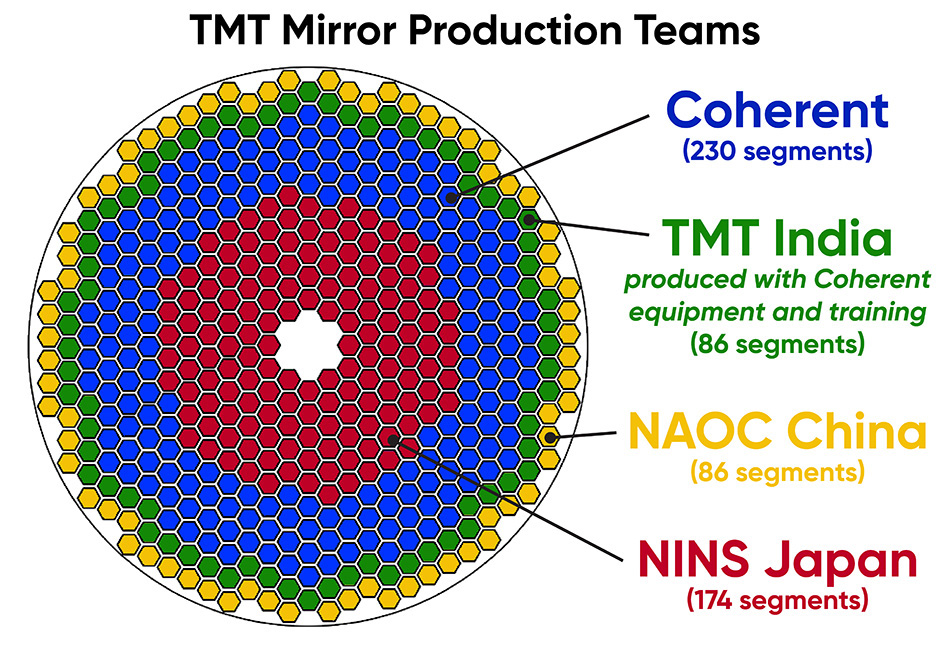 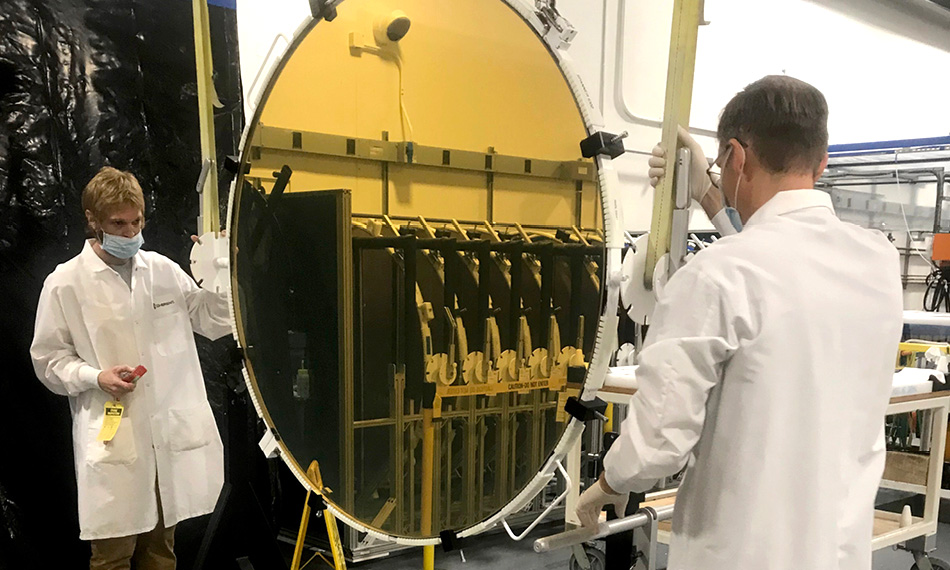 Figure 3. The final roundels are carefully inspected, stored, and packaged for shipping.