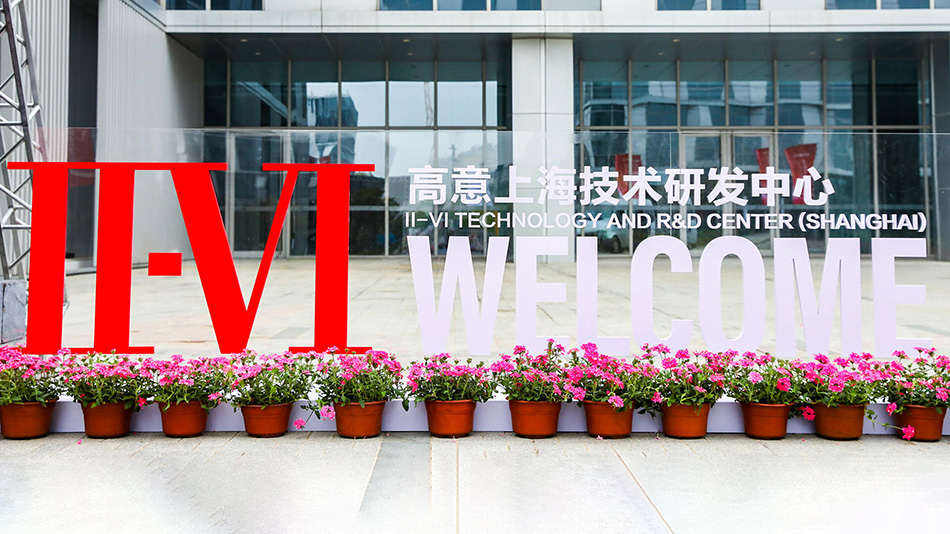 The Center is II-VI’s largest technology and R&D hub, with nearly 600 employees. The Center will leverage its broad base of talent, including its senior scientists and engineers, to be a world leader in technology and product development, designing the most advanced optical components, subassemblies, and systems, and enabling customers around the world to serve rapidly growing new markets. These leading-edge innovations will unlock the further potential of the Cloud and 5G networks; integrated solutions for life sciences, including in biotechnology, medical, and scientific applications; and high-power lasers for materials processing and additive manufacturing.

“We are proud of this milestone event, which happily is taking place during our company’s 50th anniversary year and so it gives us another reason to celebrate,” said Dr. Vincent D. Mattera, Jr., CEO of II-VI Incorporated. “The Technology and R&D Center in Shanghai will be a jewel in the crown for II-VI’s worldwide innovation initiatives, focusing on key mega market trends where II-VI will continue to have a significant impact.”

The Center’s inauguration comes on the heels of II-VI’s announcement that it expanded its silicon carbide manufacturing footprint to China to serve the largest worldwide market for electric vehicles. II-VI maintains a large manufacturing operations and product development presence in China in the cities of Fuzhou, Guangzhou, Shanghai, Shenzhen, Suzhou, and Wuxi, where more than half of II-VI’s 22,000 employees are located.

As part of its long-term commitment to its customers and operations in China, II-VI has become a member of the National Committee on U.S.-China Relations (NCUSCR) and the U.S.-China Business Council (USCBC). The NCUSCR (ncuscr.org) is a nonprofit educational organization that encourages understanding of China and the United States through ongoing public education, face-to-face contact, and exchange of ideas. The USCBC’s (uschina.org) mission is to expand the U.S.-China commercial relationship to the benefit of its membership and, more broadly, the U.S. economy. In order to contribute to the world, II-VI recently became a member of the World Economic Forum (weforum.org) where we will focus our contributions on the advanced manufacturing and production platform, including technology adoption, workforce development, while driving the formation of resilient supply chains.