The Power of Raman Spectroscopy

Invented in 1928, it’s now a powerful analytical tool shining a light on the chemical composition and structure of everything from living cells to semiconductor electronics.

Spectroscopy is an extraordinarily useful technique that allows us to determine what something is made of by shining light on it or by measuring the light that a substance emits. And, it lets us to do this without actually touching the sample or damaging it in any way. This makes it a really practical way to perform measurements in all sorts of scientific, life sciences, and industrial applications.  It’s even allowed us to learn the chemical composition of stars that are immensely distant from us.

Basically, most spectroscopy involves illuminating something and then measuring the colors and amount of light that is returned. Keep in mind that each color (or wavelength) of light contains a different amount of energy.  So, a substance will absorb light strongly at the specific color corresponding to the energy at which its atoms, molecules, or crystal lattice vibrates.  As a result, seeing which colors are absorbed tells us what atoms and molecules are in the sample, and sometimes something about how they’re arranged. This information is often called the spectral fingerprint or chemical fingerprint, since it’s unique to each chemical, just like fingerprints are unique to each person.

Most of the useful fingerprints for the molecules in the world around us are found in the infrared (IR) part of the spectrum. That’s why infrared (IR) analysis is very popular with chemists, and why this technique is employed in so many labs.

But – and it’s big but – glass and water don’t transmit infrared light well. That means you can’t easily use this method to look at anything immersed in water – like a living cell, which is absolutely full of water, or all sorts of chemical or industrial processes that occur in water, such as fermentation.  And, since you can’t use this method through glass, you can’t analyze a sample in a test tube, or through a window, like a viewport into a reaction chamber which you might use when you’re processing semiconductors.

I can see clearly now

In 1928, a scientist named Chandrasekhara Raman was experimenting with shining high color purity visible light on transparent samples. Of course, most of the light just went straight through – that’s exactly what transparent means.  It wasn’t absorbed.

But he also found that a tiny, tiny amount of the light was transformed, or shifted, into a different color. It turns out that happens because the light is “inelastically scattered” by the molecules in the sample, rather than absorbed.  And, the particularly useful thing that was eventually discovered was that the specific pattern of colors (or spectrum) of that color-shifted light reveals lots of information about the sample, including the very same fingerprint information that’s obtained using IR spectroscopy. But, because Raman spectroscopy uses visible light instead of infrared, we can pass the light through glass windows, test tubes, and even fiber optics, and we no longer have a problem sampling anything mixed with water.

Just like the IR spectrum, the Raman shifted light tells us what chemicals are in the sample, and also the amount of those substances. That’s really helpful if you’re looking to find impurities in something, or identify the presence of a specific molecule.

But, it turns out there’s actually a lot more that only the Raman spectrum can tell us. It can reveal specifics of the crystal structure and even distinguish between molecules that contain the same atoms but have different crystalline forms (polymorphism).  It can tell us how a protein is folded, or give information about the mechanical stress in a solid material. Plus, much more.

The weak shall be made strong

If Raman was discovered way back in 1928 and it’s so useful, then why are you just hearing about it now? The simple answer is that the technology to make Raman spectroscopy practical and cost-effective has only really developed over the past 25 years or so.  Specifically, there have been three key technology advances in that time that have combined to make detecting and analyzing the incredibly weak Raman signal a routine matter:

From soup to nuts

Commercial Raman instrumentation based on these technologies now comes in many forms to service an incredibly wide range of applications.  There are microscopes with built-in Raman capabilities for looking at everything from gemstones and living cells to pharmaceuticals.  There are handheld Raman spectrometers for identifying unknown liquids in a HAZMAT spill.  Raman systems can be utilized with flow cells to monitor all sorts of liquids and gasses online and in real-time for industrial processes. 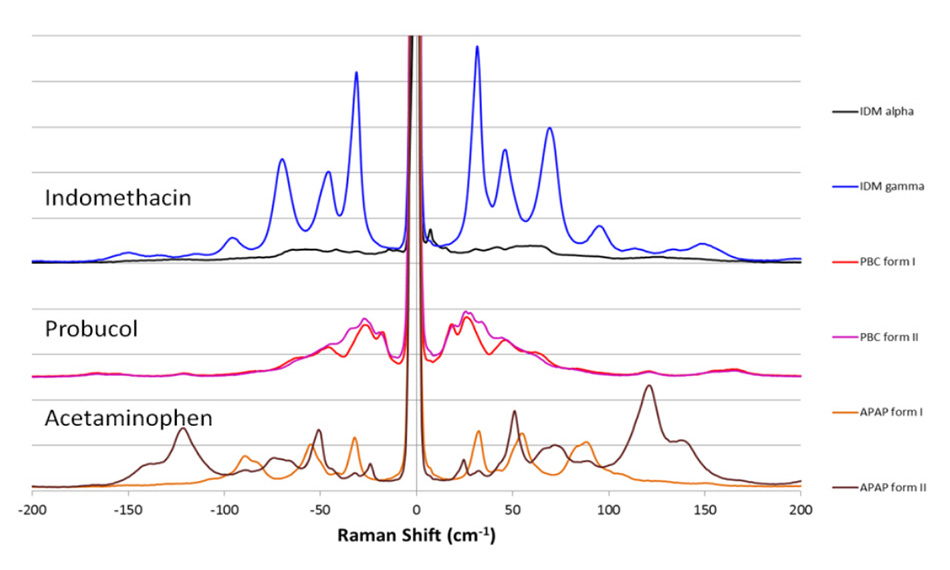 Figure 1. Low-frequency Raman spectra not only clearly differentiate between different active pharmaceutical ingredients (APIs), they also can show their different crystalline forms (polymorphs) which is critical for correct dosing.

Coherent supports Raman spectroscopy with a variety of laser sources, our high-performance SureBlock™ filters, and even complete Raman systems. 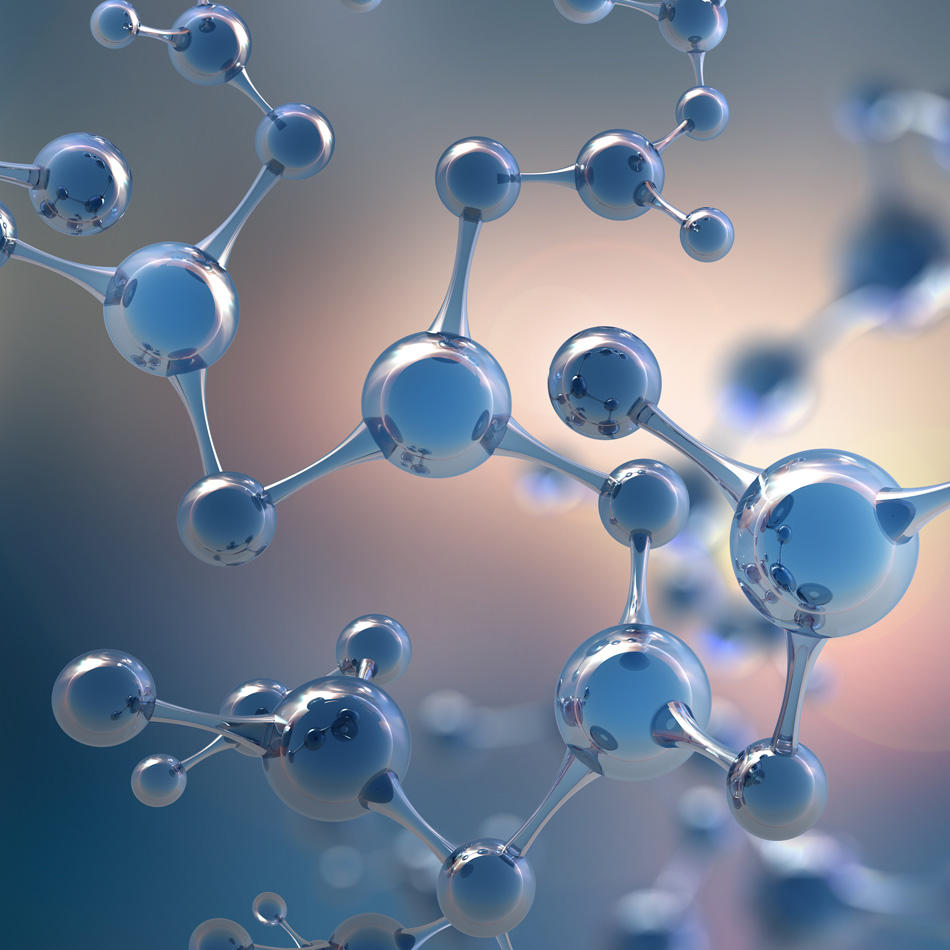 Use Coherent THz-Raman Spectroscopy Systems for faster, easier material identification with greater confidence and get up to 10X higher Raman signals. 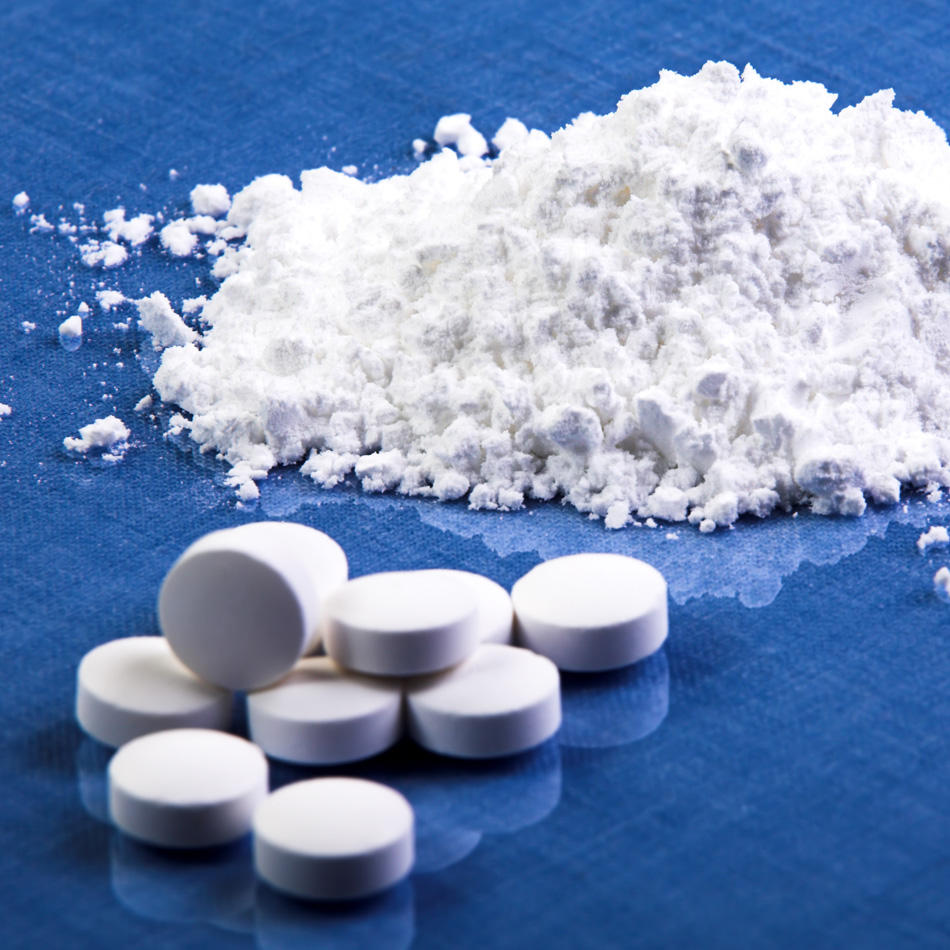 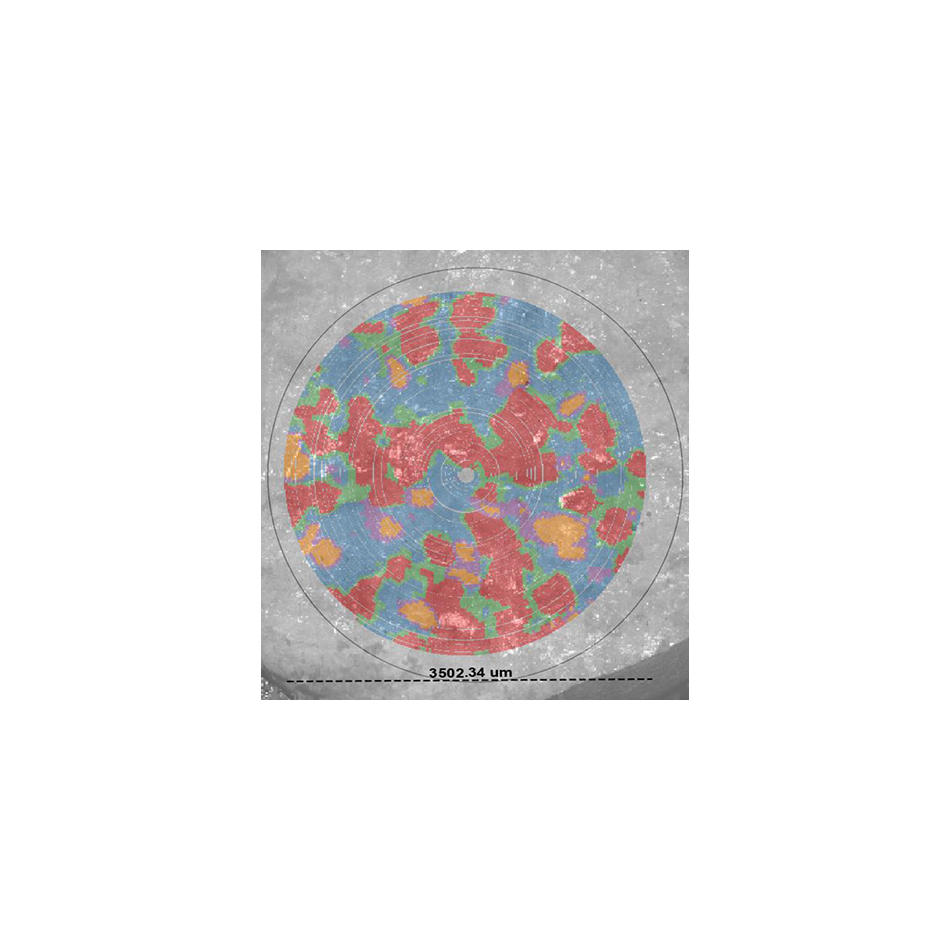 Simplify Raman spectroscopy and microscopy with ultrafast narrow-line lasers across the entire visible spectrum with output power from milliwatts to Watts. 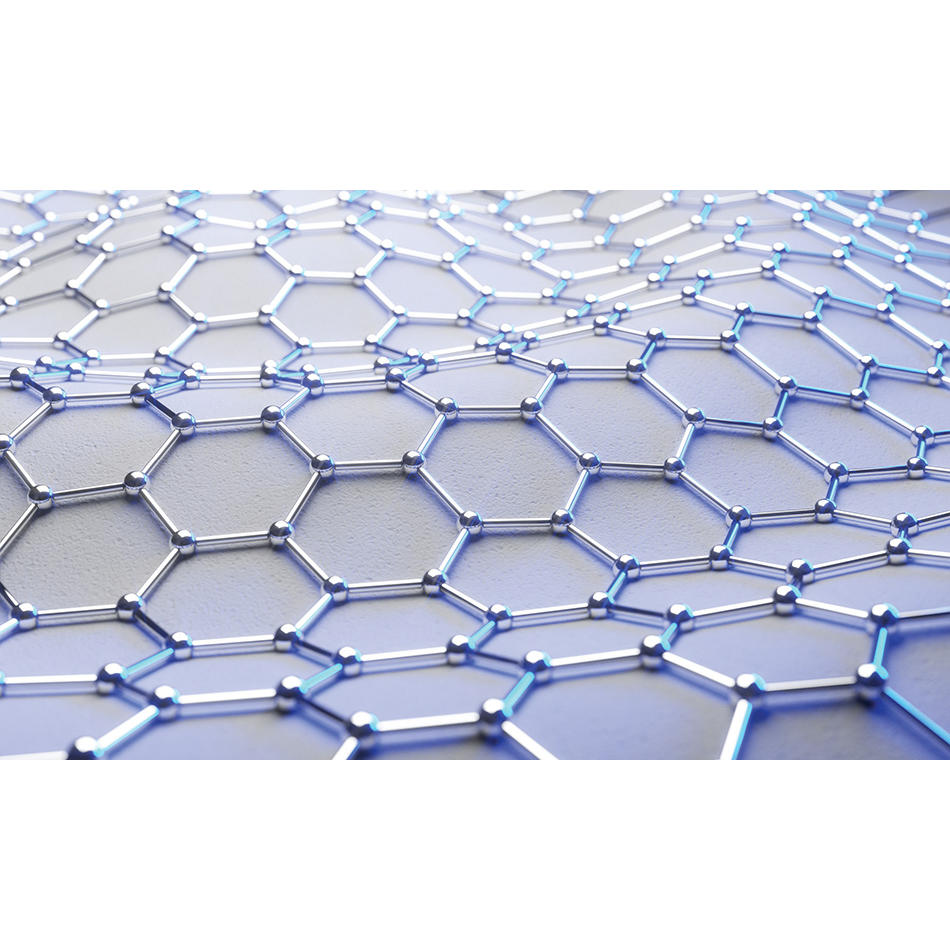 Extending Raman Into the THz Domain 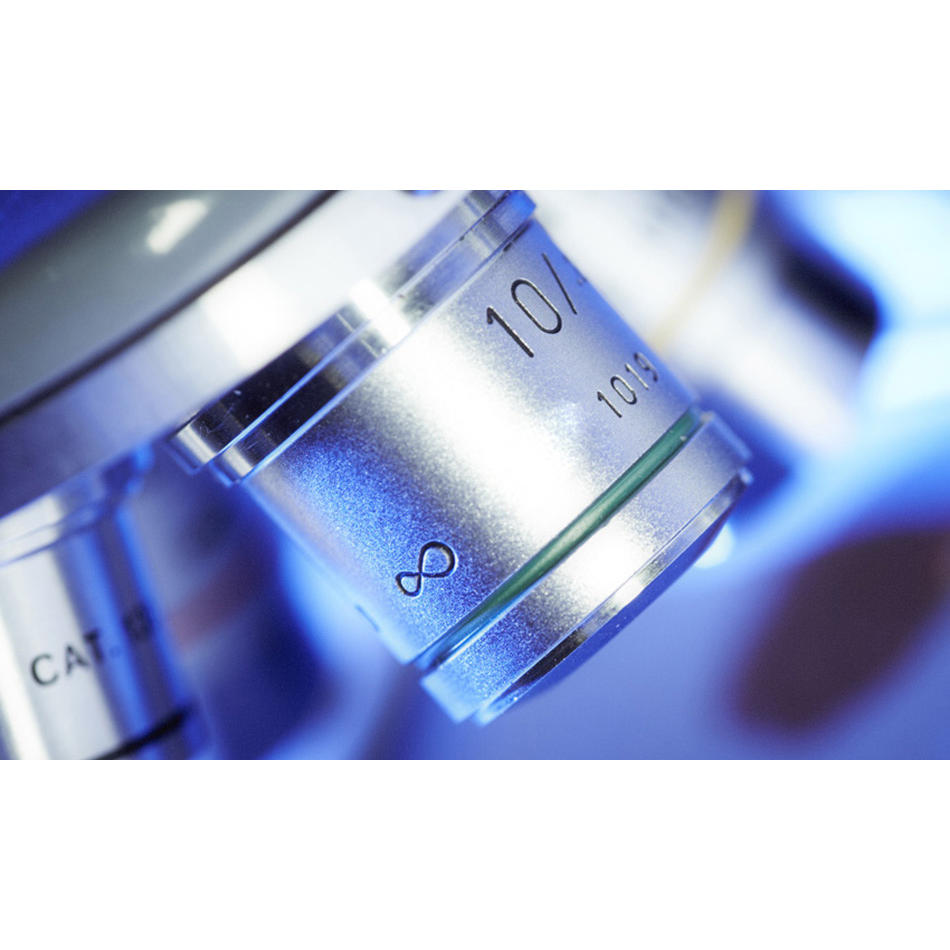 Today’s forward-deployed warfighter and security professionals need to rapidly and reliably identify various compounds or residues found in the field to distinguish between inert materials and home-made explosive (HME) compounds. 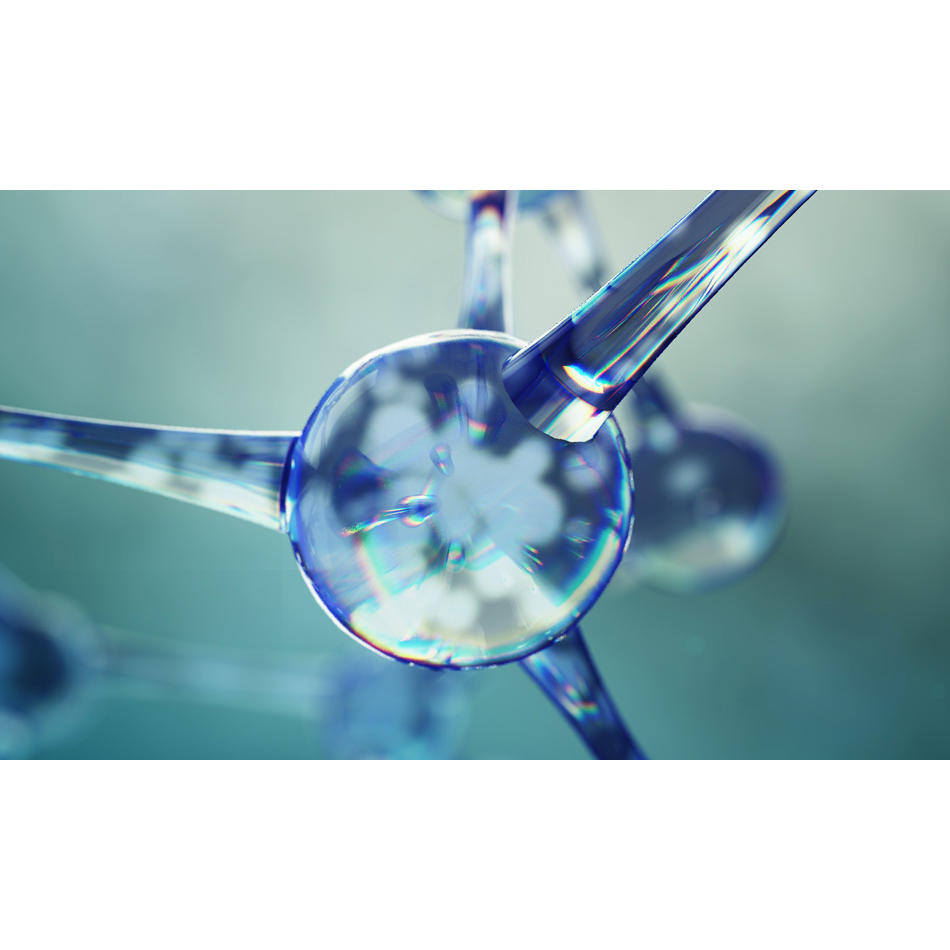 Few-layered materials have tunable optoelectronic characteristics that are largely governed by the interactions between the vertically stacked layers and are affected by the number and orientation of the layers. 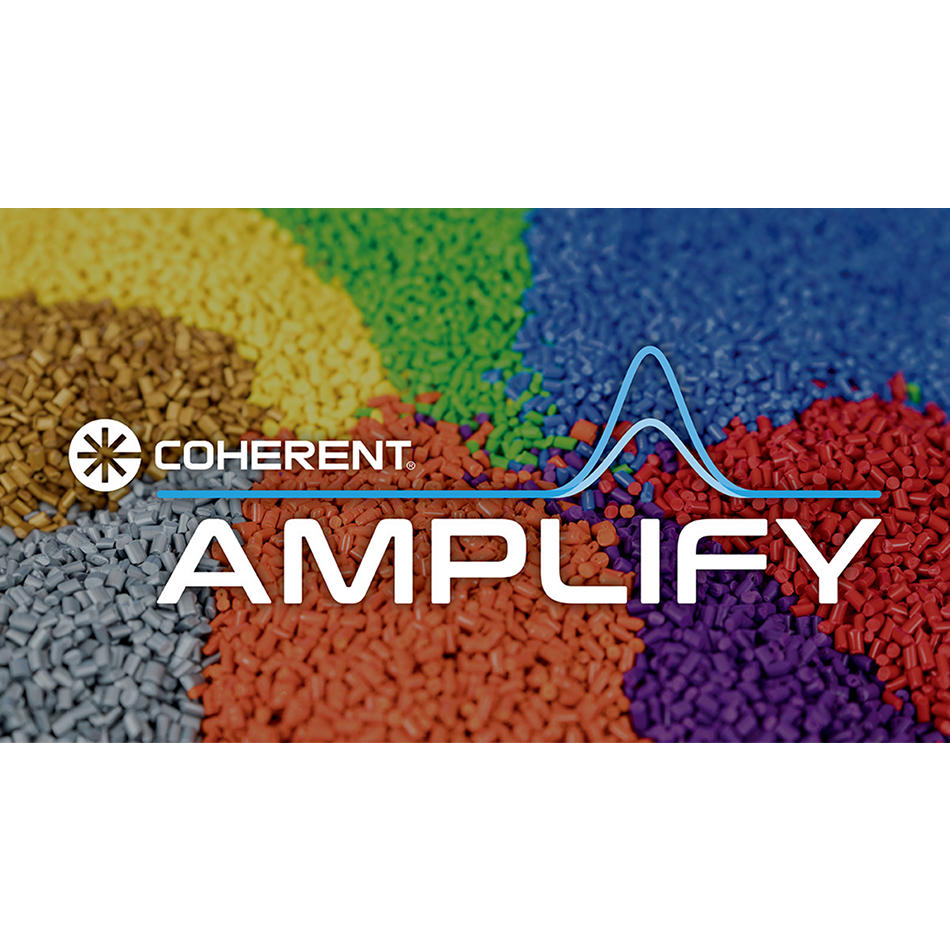 Learn more about the analysis of polymer properties and dynamics with Raman spectroscopy.