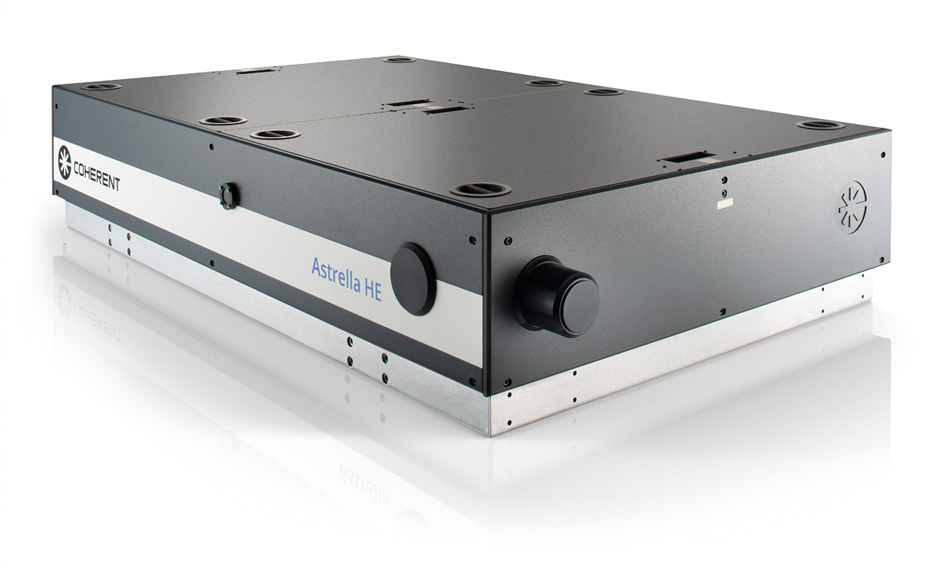 The need for a high-speed imaging method

The traditional method for visualizing extremely high-speed phenomenon is the pump-probe approach. In this technique, a laser pulse is used to excite the sample under study, and a probe pulse then grabs a snapshot image after a specific short delay. A video is then built up by sequentially incrementing the amount of this delay over a series of shots. But, while this is a useful and powerful technique, it’s only suitable for imaging repetitive events that repeat consistently and uniformly because only one snapshot can be taken each time the sample is excited.

Prof. Keiichi Nakagawa (University of Tokyo) heads a group pursuing diverse research projects which all somehow involve the interaction of acoustic waves and light with materials, particularly living tissue. Several years ago, they realized they needed a method to produce an ultrafast video stream of a single (non-repeating) highly dynamic event, such as the propagation of an acoustic wavefront. They developed STAMP to meet this need [1].

Several years ago, they realized they needed a method to produce an ultrafast video stream of a single (non-repeating) highly dynamic event, such as the propagation of an acoustic wavefront. They developed STAMP to meet this need.

How does it work?

The basic principles of STAMP are outlined in Figure 1. STAMP exploits the wide spectral bandwidth and ample pulse energy from a Coherent Astrella titanium:sapphire femtosecond amplifier. First the femtosecond pulse is stretched and/or split by chirping so that the different wavelengths components being used to illuminate the sample arrive with staggered delay times. Nakagawa calls this part “temporal mapping.”

After they’ve passed through the sample, each sub-pulse is separated by wavelength and then directed on to a specific region of a (CCD or CMOS) camera array. Each region thus becomes a separate video frame. In this way, the laser pulses and detection act somewhat like a fast strobe illumination and imaging device. 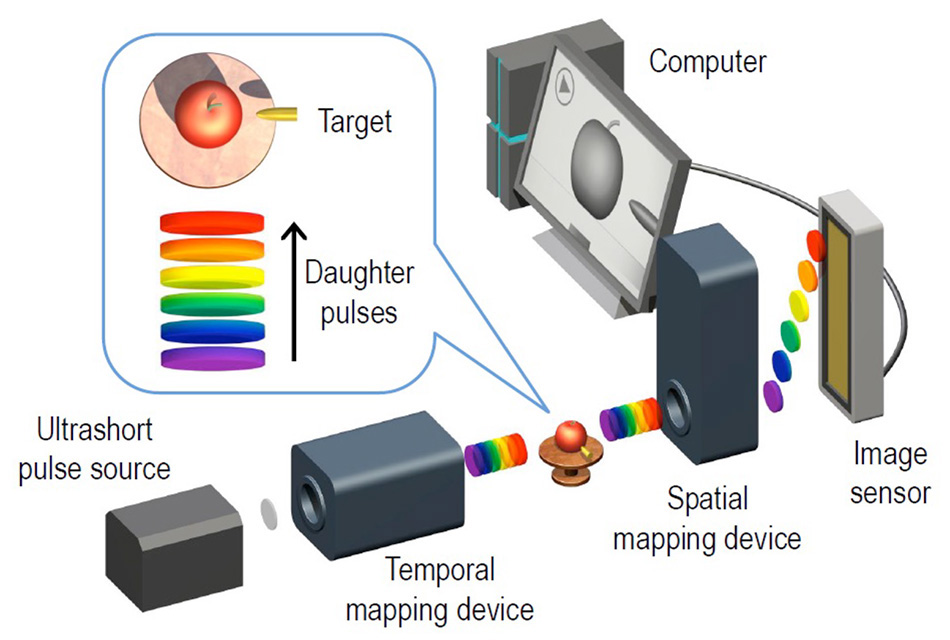 Figure 1: STAMP splits the laser pulse into sub-pulses with different wavelengths (and hence time delays). After illuminating the target, the sub-pulses are separated and recorded on a camera array [1].

Since originally developing the technique, the Nakagawa group have continued to innovate STAMP in order to extend its capabilities in three ways. One avenue for expansion has been creating clever techniques for the temporal mapping of pulses. Originally, they relied on the natural dispersion experienced in a glass rod or fiber to achieve temporal mapping. But that limits the video timescale to picosecond events or faster.

To measure events on the nanosecond timescale they recently developed an optical device called a “spectrum circuit.” In this approach, the light pulses are spatially chirped and then trapped, cycling around a path created by four mirrors – see Figure 2. The number of laps the light makes before escaping depends on wavelength. So every lap releases a sub-pulse at a longer wavelength than the one before. This yields a stream of sub-pulses on the nanosecond timescale.

They’ve also been busy innovating on the spatial mapping part of STAMP. For example, they have invented a clever multifaceted mirror they call a “slicing mirror.” This allows them to image a 3X3 pattern of sub-pulses on each of two cameras for a total video burst of 18 frames, all at high spatial pixel resolution.

Furthermore, the Nakagawa group have developed multiple-color STAMP, which is a completely new concept of ultrafast single-shot imaging. In one version, called two-color STAMP, they generate pulses at the second harmonic of a Coherent Astrella titanium:sapphire femtosecond amplifier and use these 400 nm sub-pulses in conjunction with the fundamental 800 nm sub-pulses to execute their technique. This scheme allows them to acquire “color images” of ultrafast phenomena, thus enabling unprecedentedly fast spectral imaging. 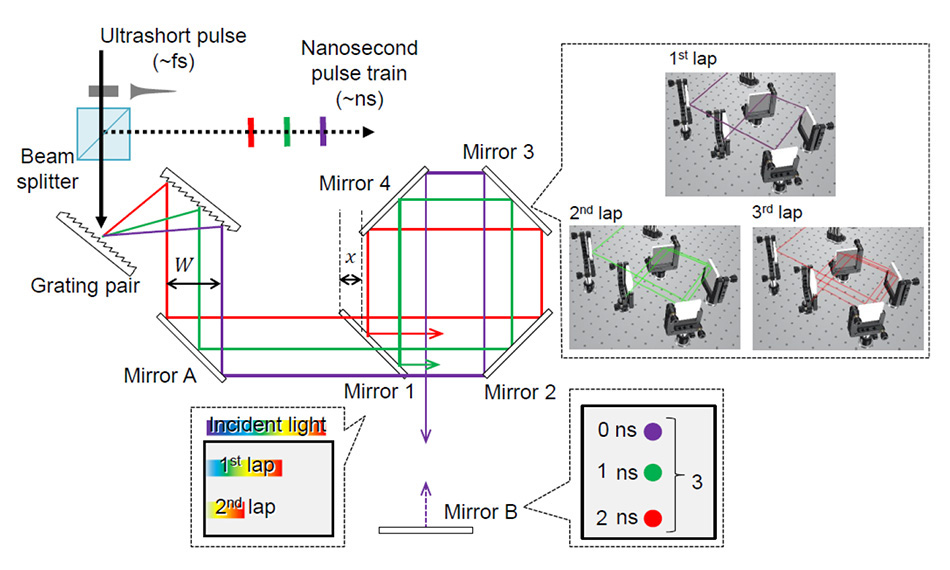 Figure 2: The spectrum circuit is arranged so that the number of laps, and hence the delay, depends on the pulse wavelength [2].

Some processes imaged by STAMP

The Nakagawa group have used STAMP to examine processes in areas as diverse as industrial materials processing and life sciences.

Terahertz (THz) waves are electromagnetic waves with a wide range of potential applications in fields such as materials science, biotechnology and medicine, electronic devices, and the environment. Ultrashort pulse (USP) lasers are widely used for generating intense ultrashort THz waves. Since this phenomenon occurs on the ultrashort timescale, it has previously only been observed by repetitive imaging based on the time-resolved pump-probe method.

Using STAMP, Nakagawa's group were the first to ever capture the moment of THz wave generation as a moving frame by directing ultrashort pulses into a ferroelectric crystal and observing the associated ultrafast dynamics.

Figure 3 shows the generation and propagation of THz waves acquired with 4.4 Tfps. Initially, the lattice vibrations are excited randomly, but gradually they become phase-aligned to produce a single wave packet. The wave propagates in the crystal at about one-sixth the speed of light. The sequential frames show that the waves are electromagnetic in nature with a wavelength in the terahertz regime.

While these advantages have been widely documented, no one has really determined the actual details of how they arise. The Nakagawa group have now used STAMP to bring unique data to this debate. They have imaged the ablative action of a single 35 fs laser pulse on a glass target.

For this application they configured their two-color STAMP setup for an effective frame rate of >1 Tfps. Figure 4 includes several image frames from this work. From the original two-color frames, the electron density map has been obtained. This data enabled the team to map the size, shape, speed, and electron density distribution of the plasma plume ejected by the ablative laser pulse.

On a much slower timescale, the group used the optical circuit and branching approach to image a shock wave created by a laser pulse focused into water. Nakagawa explains that the interaction of both ultrasound and laser power with live tissue are important to understand for medical therapeutics, imaging, and life sciences research. (And water is the main constituent in live tissue.)

As shown in Figure 5, they have mapped the propagation of the shock wavefront. The gray scale contrast of the images indicates the shockwave intensity. The Nakagawa group is now tackling elucidation of shock interactions with biological cells by observing these dynamic events captured by STAMP.

Figure 5: STAMP images of the propagation of a shock wavefront in water excited by a single laser pulse [4].

Professor Nakagawa cites several advantages of the Astrella that make it a perfect match for his STAMP studies. He notes, “In terms of performance, Astrella provides a high-quality output beam which is important as the beam quality directly impacts the image quality. The large spectral bandwidth of Astrella simplifies the task of generating multiple sub-pulses and it also means we can compress the pulses down to ~35 fs when needed. The high (7 mJ) pulse energy is another critical advantage because we temporally and spatially modulate the output as STAMP pulses (with optical loss), and also use part of the pulse energy to produce SHG pulses for two color STAMP. Plus of course, we use part of the pulse to excite the exotic phenomena we are looking to image.”

Professor Nakagawa also mentions several practical advantages, including that Astrella is a one-box laser that’s very hands-free. This operational simplicity is critical because the laser is just one component inside a much more complex instrument. He notes, “Turnkey operation means there’s no need for anyone using STAMP to be a laser expert in order to fully exploit this technique. It’s just a light source they can control with a simple user interface to get exactly the output they need. Just as important, we have found Astrella to be incredibly stable and reliable with no need for service or unscheduled repairs and upgrades.”

"Astrella provides a high-quality output beam which is important as the beam quality directly impacts the image quality. The large spectral bandwidth of Astrella simplifies the task of generating multiple sub-pulses and it also means we can compress the pulses down to ~35 fs when needed.

The Nakagawa lab developed this unique method of obtaining extremely high-speed videos of single events to support their research. But now, thanks to their continued innovation and the operational simplicity of Astrella, it’s also become a flexible and easy to use technique. This makes it broadly applicable for others performing scientific imaging of all kinds of fast dynamic events spanning femtoseconds to nanoseconds.