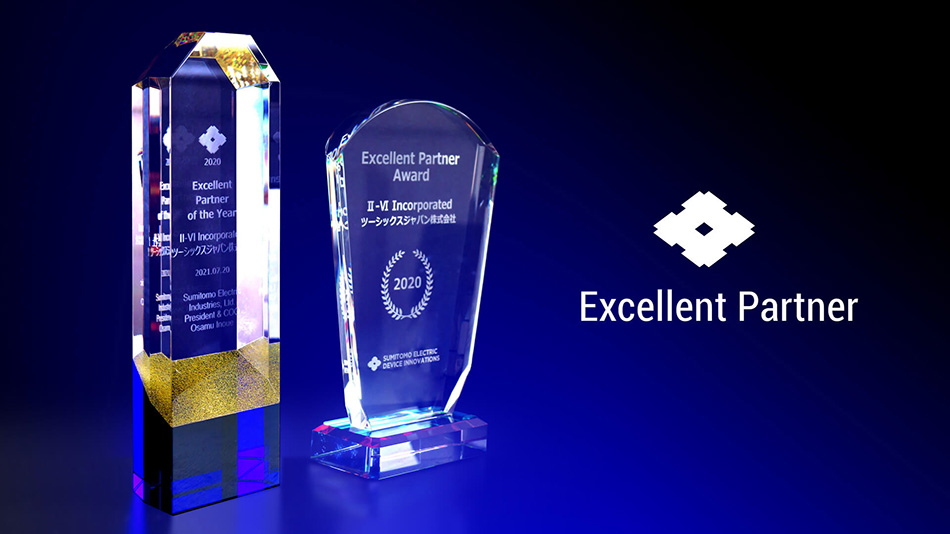 SEI and SEDI each announced their award, respectively, on September 8 and 15, 2021, in recognition of II-VI’s responsiveness and scalability, which contributed significantly to the expansion of Sumitomo’s business.

“II-VI is proud to receive these two awards from Sumitomo and would like to thank our teams for their dedication to excellence that made it possible,” said Dr. Chuck Mattera, Chief Executive Officer, II-VI Incorporated. “The awards reflect our strong partnership with Sumitomo and our ability to expand production capacity in response to their needs.”