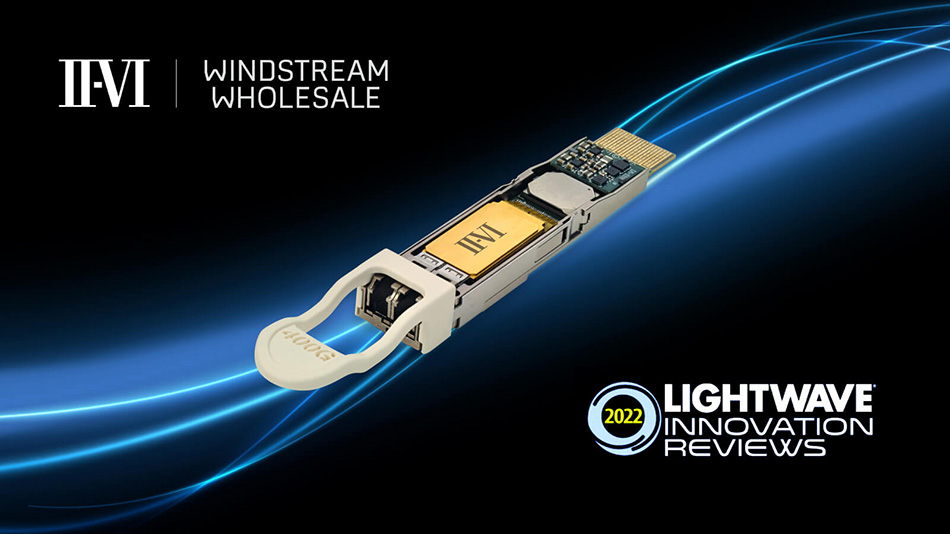 “We’re excited to begin qualification with Windstream ahead of our original schedule,” said Matthias Berger, Vice President, Coherent Technology, II-VI Incorporated. “This 400G transceiver is based on our advanced and proprietary indium phosphide technology, which is uniquely suited to achieve high output power levels of 0 dBm while remaining within the power consumption requirements of QSFP-DD.”

“This 400G transceiver is truly a game-changing technology that will make IP-over-DWDM a reality on Windstream’s ICON network,” said Buddy Bayer, Chief Network Officer at Windstream. “II-VI moved at an accelerated pace to deliver these transceivers, putting us on track to expand 400G wavelength services to large wholesale and hyperscale customers as early as the second half of calendar year 2022. Our ‘fast and flexible’ approach is demonstrated once again through the right strategic partners.”