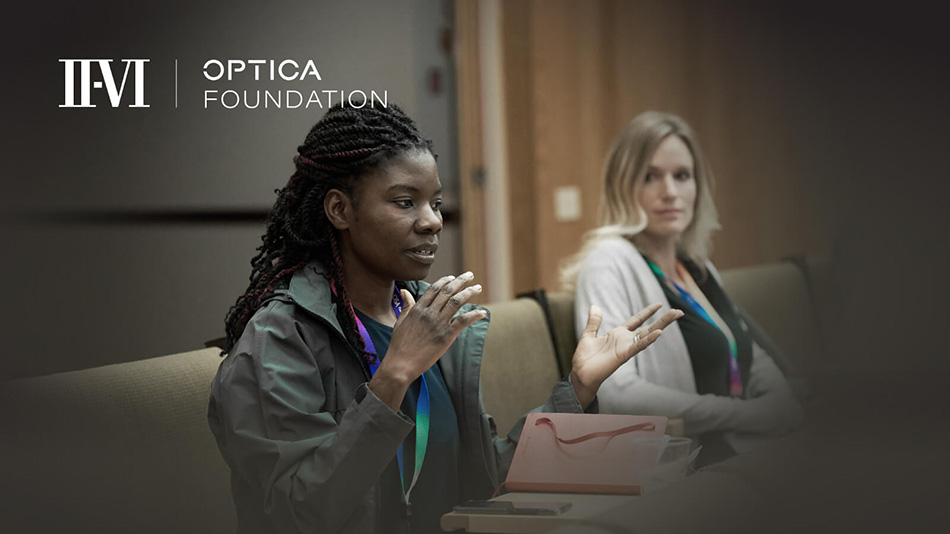 II‐VI Incorporated (Nasdaq: IIVI), a leader in engineered materials and optoelectronic components, today announced that it has pledged $100,000 over the next five years to the new Women in Optics (WiO) scholarship program recently launched by the Optica Foundation, Inc.

“Women scientists and engineers can be found throughout II-VI globally, making groundbreaking contributions, and we look forward to many more joining our ranks,” said Dr. Vincent D. Mattera, Jr., Chair and CEO of II-VI Incorporated. “We strongly encourage women to become the future generation of leaders in optics, optoelectronics, and photonics, following in the footsteps of those who have already reached the higher echelons in our industry. We celebrate both women and men who have been recognized as thought leaders, including the recently elected 2022 Optica Fellows class.”

II-VI is one of ten Foundation Major Donors to contribute $100,000 to the program, which was combined with a $1M match from the Foundation to create a $2M scholarship fund. The scholarships will be awarded to undergraduate and graduate-level students who identify as women in an application process based on need, academic performance, and demonstrated potential. Applications will be accepted from February 9 through March 15, 2022.

The scholarship program will provide financial support of $10,000 each to 20 women a year over the next ten years, enabling visibility, community, and resources for female students in the optics field. By 2030, 200 scholarships will have been awarded, creating a global network of women in the field, according to Optica (formerly the Optical Society of America, OSA). The Optica Foundation’s press release announcing the WiO Scholarship can be found here.