In both biological research and future clinical applications like intra-operative biopsies, the ultimate goal of vibrational imaging is to perform fast (i.e., up to video rate) 3D images with sufficient spectral information to enable detailed chemical mapping. It is also useful in biological research and critical in pre-clinical applications that the imaging is label-free.

Spontaneous Raman microscopy is a powerful technique for label-free imaging but is characterized by very weak signals, limiting its speed and sensitivity. Stimulated Raman Scattering (SRS) amplifies the signal by many orders of magnitude. But SRS is usually performed at only one or two discrete frequencies enabling basic mapping, e.g., differentiating protein-rich or lipid-rich regions. Professor Giulio Cerullo and colleagues at the Politecnico di Milano (Italy) set out to significantly expand SRS to multiple (initially 32) wavelength channels. For this they needed a high-speed laser system in the 1 micron wavelength where water does not absorb and the risk of photodamage to DNA through multi-photon absorption is extremely low.

They decided to build an SRS excitation laser system around a 10 watt Coherent Fidelity for several reasons. First the output is at 1040 nm, in the desired window for tissue imaging. The high power is important since the beam is used in part as the SRS pump beam and in part to drive a home-built optical parametric oscillator (OPO) that generates the broadband SRS Stokes beam. In addition, SRS is a third-order optical effect that is thus very power-hungry. The laser’s high (80 MHz) repetition rate is also important as it enables high-speed scanning with dwell times as short as <50 µs/pixel and fast modulation. The fast modulation is key to the detection side. For this, the team uses a photodiode array followed by a unique 32-channel lock-in amplifier chip. This is synchronized to fast (2 MHz) modulation of the pump beam. (Coherent helped at the planning stage by carefully measuring and confirming the Fidelity noise was particularly low at this frequency, enabling high signal-to-noise and, as a result, faster scanning.)

The Cerullo group has successfully demonstrated that this system can perform detailed, high spatial resolution mapping of spectrally congested samples. They have used spectral fitting of the 32 SRS wavelength channels to differentiate the chemical constituents of heterogeneous samples by measuring the relative concentrations of two different fatty acids in cultured hepatocytes at the single lipid droplet level. They have also identified tumor margins in a preclinical mouse model of fibrosarcoma. And they recently upgraded their system performance by moving to the latest high-power (18 W) Coherent Fidelity Laser.

“The high reliability and operational simplicity of the Fidelity are critical advantages because of the optical and electronic complexities of our imaging method. " 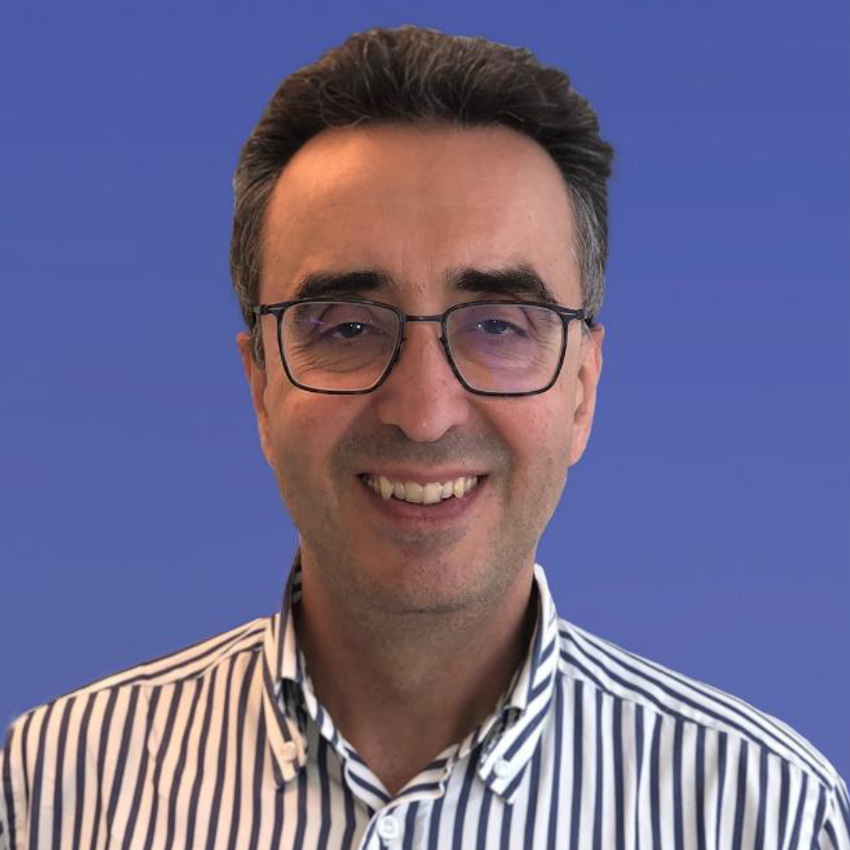 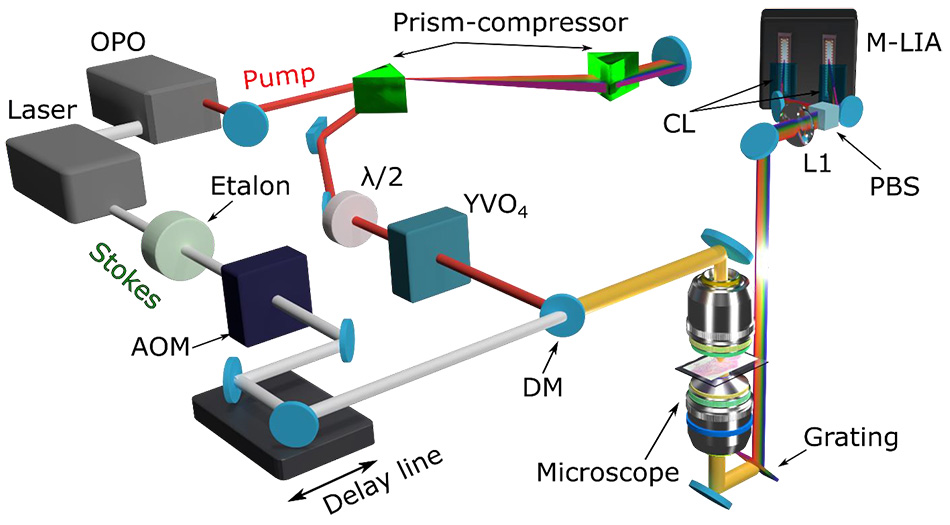