Thin films of ferroelectric materials are of increasing interest to the electronics industry; they are already widely used in thin film capacitors as well as to form storage bits in some types of RAM and RFID cards. The ability to grow and manipulate films as thin a few unit cells. i.e., atom by atom, would benefit most of these applications. To enable these advances, researchers need methods to monitor the key characteristics of the thin films during this growth process.

A group of researchers at ETH Zurich led by Dr. Morgan Trassin and Prof. Manfred Fiebig, has developed a non-invasive optical method powered by an ultrafast amplifier/tunable OPA combination (Coherent Astrella/TOPAS). The goals is to measure key polarization properties in model ferroelectric (BaTiO3) and multiferroic (BiFeO3) ultrathin films, both during the actual deposition process and even after overlaying with another material. The films are created by pulse laser deposition using an excimer laser - Coherent LPX. The method monitors film polarization by measuring the small second harmonic generation (SHG) due to the symmetry properties of thin films of a few unit cells (u.c.) in thickness. This concept had been discussed in the literature but had previously never been applied to such ultrathin films.

These researchers successfully used this technique to determine both the degree and direction of polarization, in films from zero to 20 unit cells (u.c.). They have since gone on to apply this method to study layered materials and even model devices. More details are published in: G. De Luca, N. Strkalj, S. Manz, C. Bouillet, M. Fiebig & M. Trassin, “Nanoscale design of polarization in ultrathin ferroelectric heterostructures” Nature Communications, 8, p. 1419.

"Amplifier thermal stability is critical. Our chamber runs at up to 950°C internally and heats the lab significantly during long experiments. The power, beam shape, and pointing of Astrella are all unaffected by these ambient changes." 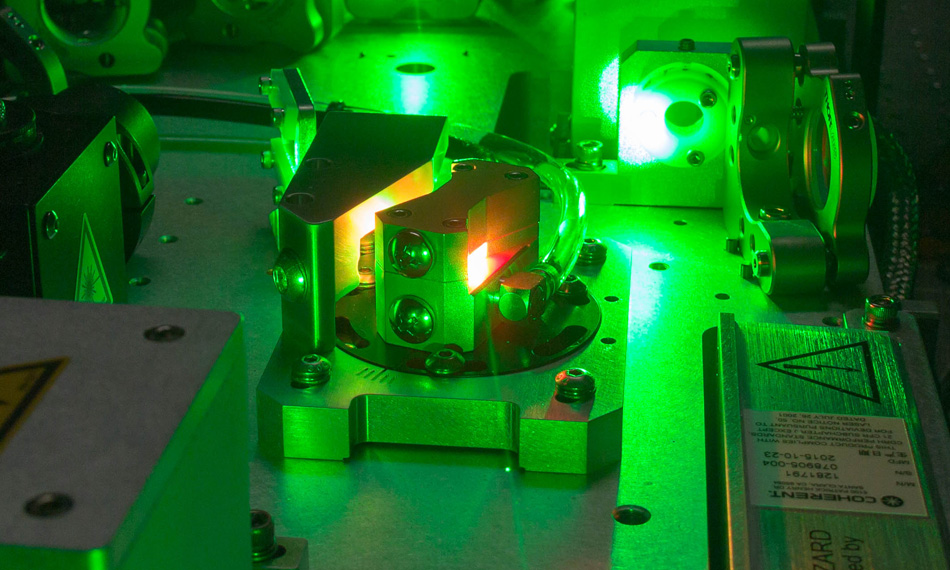