Contract manufacturer ES Precision successfully pioneers the use of “erosion cutting” in the UK using up to thousands of fast passes to cut fine details in thin metal parts.

Based in Kingston Bagpuize, UK, ES Precision is a contract manufacturer using laser processing to mark, cut, and drill materials for industries such as medical devices, auto racing (Formula 1), aerospace, and electronics, as well as general engineering. The company was founded in 2017 by laser industry veterans Tim Millard and Andy May, who believed that there was an opportunity for a job shop emphasizing precision products, primarily based on innovative laser machining and marking. They have numerous laser machines encompassing different laser technologies, including fiber lasers for precision machining, drilling, and marking of metals, as well as ultraviolet lasers for plastics marking, and even carbon dioxide lasers for economical cutting and engraving of organics. Virtually all their laser technology was sourced from Coherent.

Erosion Cutting – what and why

As their name implies, the company places a strong emphasis on precision results. To this end they have pioneered the use of “erosion cutting” in the UK as a cost-effective means of creating thin metal parts with fine details and high edge quality. Director May states, “Conventional metal cutting with continuous wave fiber or carbon dioxide lasers or with laser pulses in the millisecond domain is very efficient because the gas nozzle blows away most of the molten metal generated by the laser energy. But this type of cutting is not compatible with thin parts because there’s just too much peripheral heating and tiny structures weighing only grams that cannot be supported and are damaged or blown away by the high-pressure gas. Erosion cutting avoids these problems.”

Erosion cutting utilizes fast galvanometer scanning technology typically used for marking applications. In fact, ES Precision first started with a PowerLine F20 from Coherent, equipped with a 20 W fiber laser – a system more commonly used for marking/engraving tasks. May explains, “Instead of cutting with just one pass of the focused laser, erosion cutting involves at least tens, and sometimes even thousands, of repetitive passes, each ablating a few microns of material. But thanks to the high-speed galvos, even thousands of passes can be performed in just a few minutes.” May adds that the short effective dwell time and modest (20 W) laser power mean that each scan removes no more than 5 microns of material, often much less. The exact amount depends on the scan speed, laser setting, specific material characteristics, and also the cut depth. He notes, “As you go deeper into a cut, the amount of material removed with each pass gets less and less, as expected. The maximum depth of the cut is ultimately limited by the laser power that reaches the base of the cut.” With their 20 W fiber laser, May says their method has been limited to metal parts <0.5 mm in thickness and < 5mm for organics.

A cost-effective cutting method for virtually any thin metal

May adds that this process is applicable to virtually any metal as well as other tougher materials like ceramics. Many of their products are cut from stainless steel or electrical steel. Examples of the latter include components for miniaturized electric motors. The company also uses erosion cutting with high-value metals such as platinum-based components: for biotech applications plus catalyst components for fuel cells. Molybdenum is another commonly requested metal for ES Precision, e.g., for use as X-ray targets in medical imaging.

Of course, superior edge quality and minimized thermal damage can also be achieved using an Ultrashort Pulse (USP) laser with picosecond or even femtosecond output. May explains that ES Precision chose fiber laser cutting over USP cutting because of its much lower cost as well as its higher speed and efficiency in terms of material removed per watt of laser power. The higher speed of erosion cutting is particularly important as the company now looks to cut thicker metal components.

Expanding their capabilities to thicker metals

ES Precision are looking to expand their business by diversifying into thicker metal parts. They have therefore ordered a PowerLine F100 equipped with a 100 W fiber laser. This will allow the company to perform erosion cutting of metals up to 2 mm thickness. It will also be used for some of their thinner products where it will result in faster throughput, which is always advantageous in the prototype and short-run business.

Why have they chosen yet another Coherent machine? May states that, “We need three important things from a laser machine vendor in order to support our business model. It goes without saying that first and foremost, we need precision; our reputation and our pricing are built on this. Second, we need reliability. As a smaller contract house we can only afford a certain amount of duplication and reserve machine bandwidth. We can’t afford to miss delivery deadlines due to unreliable laser machinery. And lastly, we need dependable service and support for the same reasons. Coherent has proved themselves to be a great partner in all three areas.”

In just a few years, ES Precision has built a successful business and a strong reputation in the field of contract laser machining and marking. By targeting the specific niche of high precision and using innovations such as erosion cutting, ES Precision have differentiated themselves from other more general-purpose shops. We’re pleased to note that they credit their partnership with Coherent as a particularly valuable factor enabling their continued success.

"We need three important things from a laser machine vendor: precision, reliability, dependable service, and support. Coherent has proved themselves to be a great partner in all three areas." 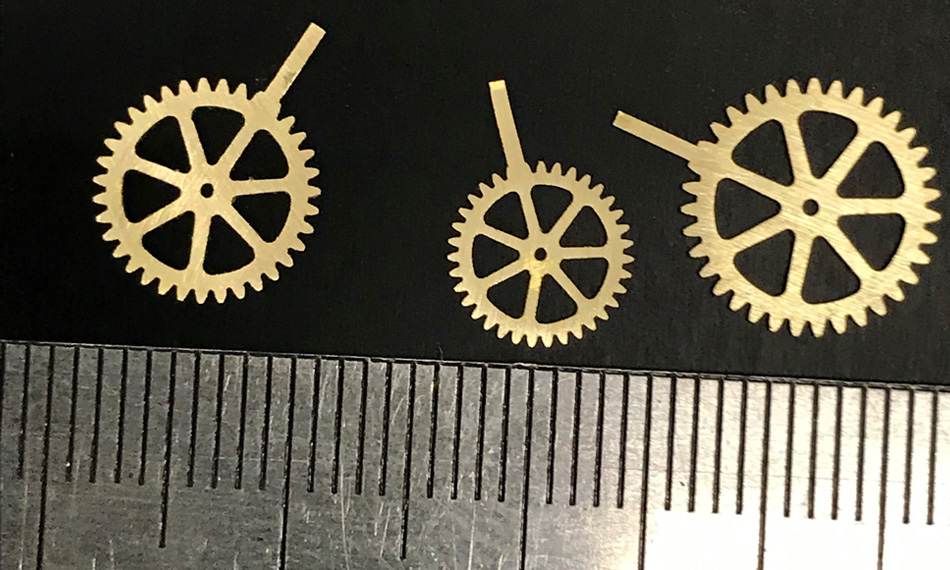 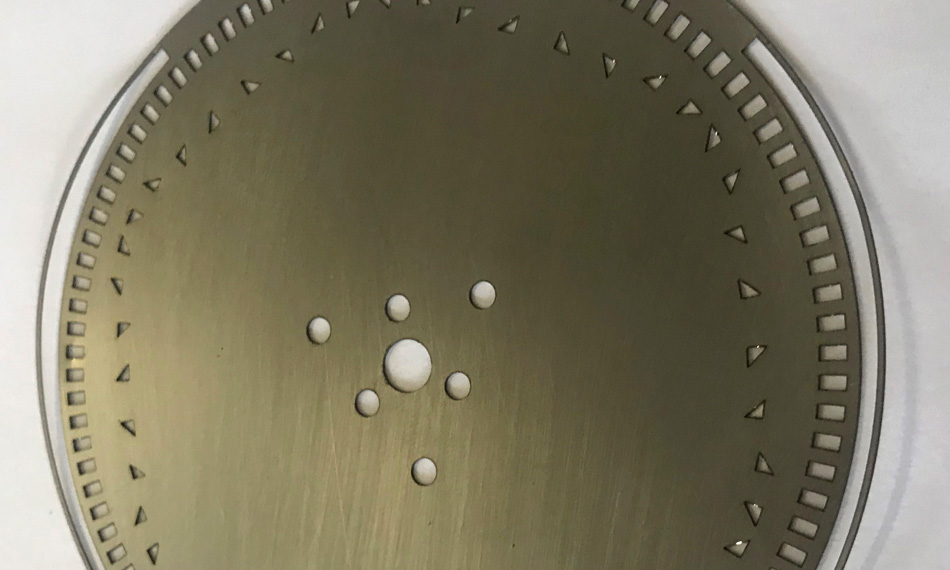 Figure 1: Erosion cutting enables ES Precision to machine any thin metal, including these tiny brass gears and this custom plate made of carbon steel. Images courtesy of ES Precision. 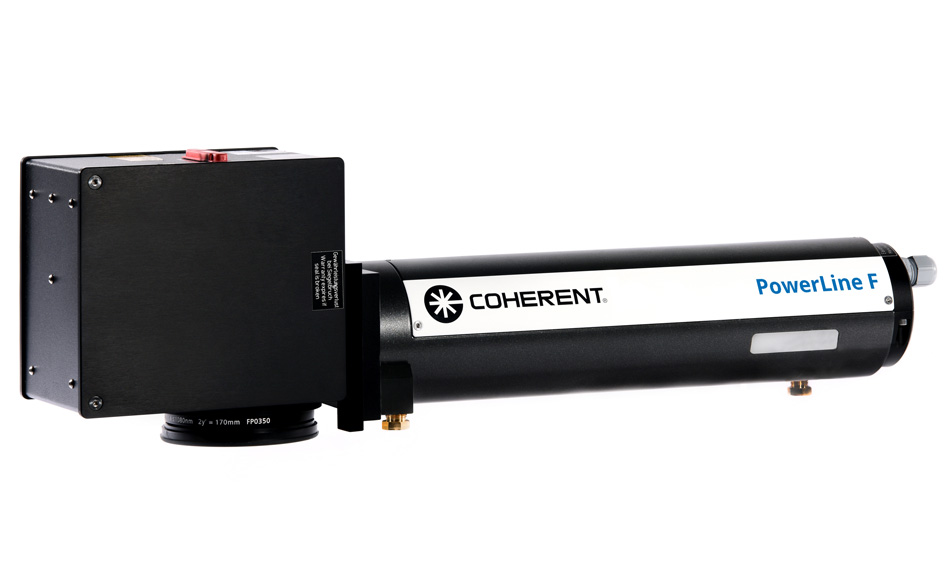 Figure 2: The Coherent PowerLine F series offers flexible laser sub-systems that can be equipped with fiber lasers of 19 to 95 W power. 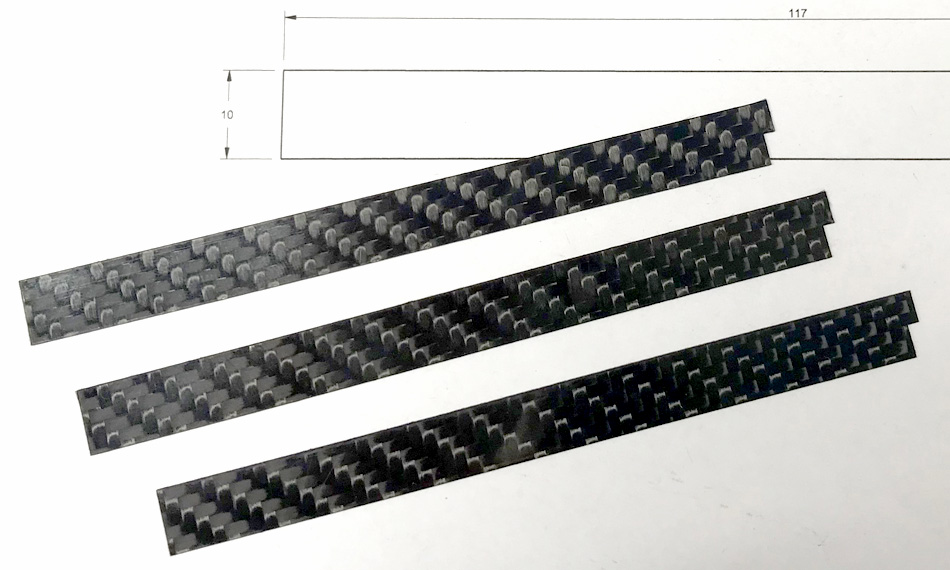 Figure 3: Erosion cutting is also applicable to non-metals such as these carbon fiber composite pieces. Image courtesy of ES Precision. 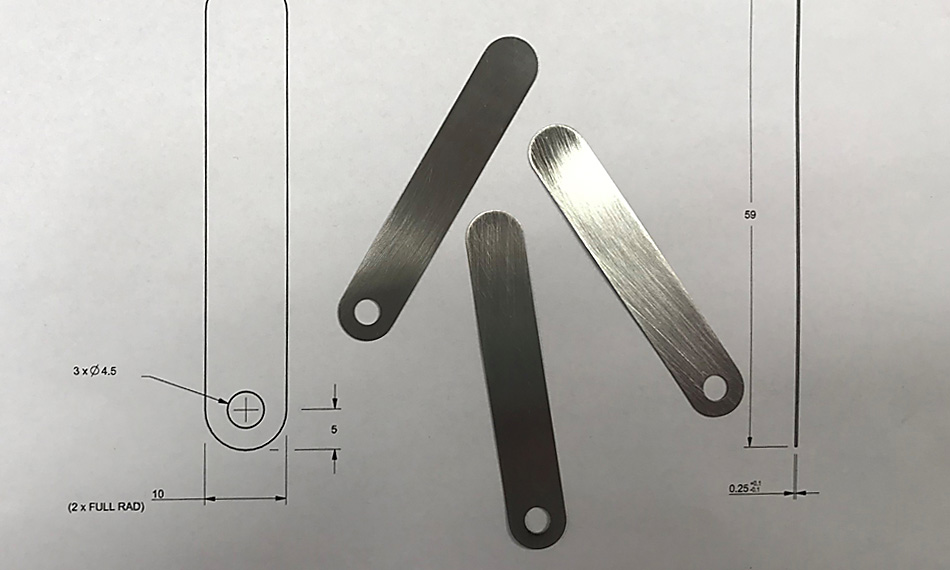 Figure 4: Higher laser power will enable erosion cutting of thicker metals as well as faster throughput for volume products such as these spring steel components. Image courtesy of ES Precision.