An optimized picosecond laser system provides a turnkey solution for permanent, unique device identifier (UDI) marking of stainless steel devices. It delivers a contamination-free, sub-surface mark with very high contrast and does not have the corrosion/passivation and fading problems associated with conventional thermal laser marking. 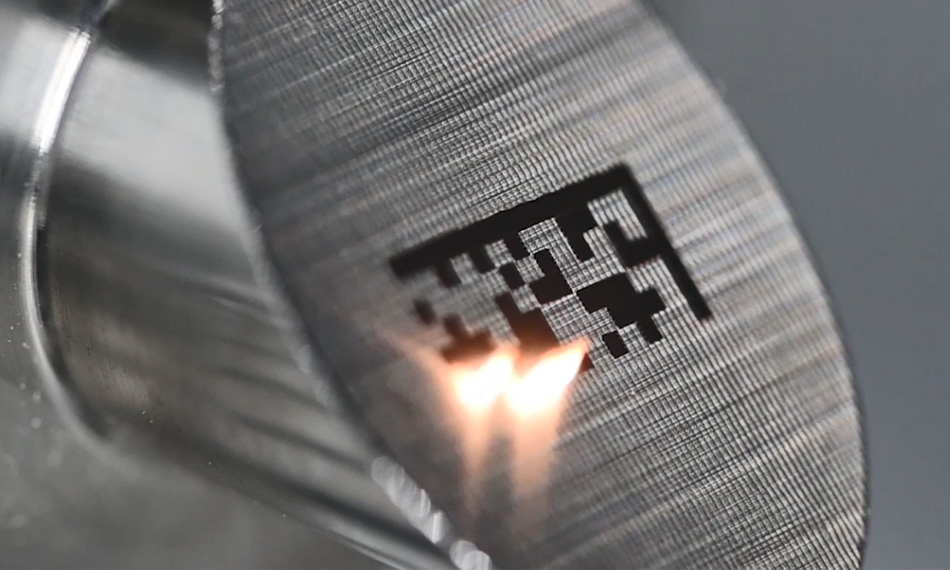 The medical device industry faces an increasing need to create permanent identifying marks on its products. The benefits of marking encompass counterfeit prevention, product traceability, long-term quality control, return fraud prevention, and distribution regulation. More importantly, medical device marking is becoming increasingly mandatory for both the U.S. and EU markets. For example, in the US, “A class II device that is required to be labeled with a UDI must bear a UDI as a permanent marking on the device itself if the device is a device intended to be used more than once and intended to be reprocessed as required by § 801.45.” This regulation thus encompasses one-time and multi-use stainless steel tools and devices where the term reprocessing typically refers to autoclaving.

Commonly used stainless steel alloys for medical devices include 1.4021, 1.4301 and 1.4305. These steels have a natural passivation outer surface of chromium oxide which prevents corrosion during repeated autoclaving. This passivation can be compromised by machining, grinding, polishing or other processes during device fabrication. The final product is then re-passivated with a citric or even nitric acid solution which removes the culprit (non-oxidized) iron particles from the outer surface layer.

For medical devices made from these hard steels, the challenge is to find a process that creates a mark satisfying several key criteria: First, it must have high contrast so that it can be discerned by a range of different means. Second, it must be permanent, which in this case means that it must not fade due to regular handling and use, or due to any subsequent re-passivation and repeated autoclaving. In addition, the mark should be sub-surface, having no surface relief that could harbor contamination or cause irritation/inflammation during use. Plus, the mark should be applicable to contoured surfaces. Furthermore, the marking process in itself should not create the need for additional passivation. And lastly, the entire process should be automated and cost-effective. In this whitepaper we present a process and a range of fully featured marking tools based on picosecond lasers that finally meet every single one of these key criteria.

"The passivation in turn typically causes this type of mark to fade."

Laser marking is not a new idea – it has been used to produce various types of marks for literally decades now in numerous industries. Carbon dioxide (CO2) lasers, solid-state nanosecond (called DPSS) lasers, and continuous-wave fiber lasers all continue to be used for this purpose, depending on the particular material involved. These diverse laser marking applications involve either producing a change inside the bulk of the material, a color change on a surface, or a macroscopic change in surface relief (e.g., engraving) or texture that is easily visible. Some of these processes are widely used in other sectors of the medical market, such as pharmaceuticals. For stainless steel medical devices, the problem is that these established laser processes all create marks via a photothermal process. In short, a tightly focused laser beam delivers intense heat in a highly localized manner, raising the material temperature to produce some type of change. For example, a CO2 laser marks various substrates by actually melting and boiling off material to create surface relief.

Some of these lasers have already been investigated for “permanent” marking of stainless medical devices with varying degrees of success. To date, the best results had been delivered using near infrared output from fiber lasers or DPSS nanosecond lasers to produce black marks. These marks generally exhibit high contrast. However, the black appearance is due primarily to the creation of an outer layer of oxide – the laser pulses cumulatively heat the metal to the point at which it reacts with oxygen in the ambient air. This oxidation compromises the corrosion resistance of the surface, so re-passivation is unavoidable after this type of marking. However, the passivation in turn typically causes this type of mark to fade. And for multi-use products, the main limitation is that these oxide marks also fade with repeated autoclaving. The contrast eventually passes below threshold for certain automated readers. 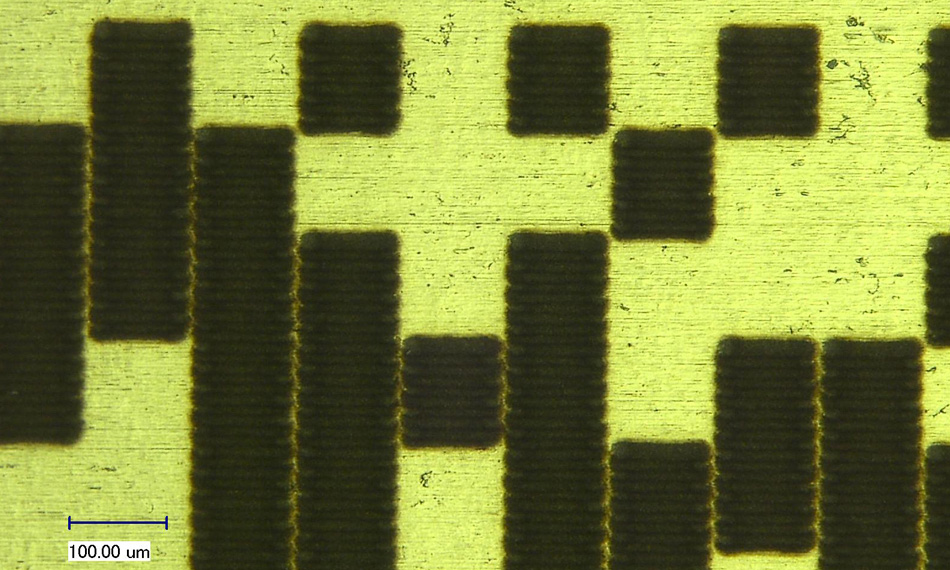 Figure 1: An example of a small two-dimensional bar code mark produced on metal, such as is used in the automotive industry.

Picosecond lasers are characterized by their exceptionally short pulse duration: a picosecond is 10-12 seconds. There are two consequences of this. First, the pulse duration is typically shorter than the time for heat to flow out of the laser interaction zone, even in metals, so peripheral thermal effects are vastly reduced compared to nanosecond lasers. With picosecond lasers, a much higher portion of the total laser power is used to remove material, rather than produce unwanted heating. Second, because the pulsewidth is a thousand times shorter than a nanosecond laser, the peak power to average power ratio is around a thousand times higher with a picosecond laser.

This high peak power enables unique interactions between the laser and the substrate, including multi-photon absorption, where material is directly atomized in a relatively cold process, rather than heated to vaporization via boiling. In the automotive industry, this has led to the use of picosecond lasers to directly mark metal parts with 2D barcodes (see figure 1) where it is essential that the barcode does not fade with usage. Similar methodology produces outstanding results on aluminum cases for tablet computers and other compact hand-held electronic devices. And recently picosecond lasers have been employed in the marking of sapphire wafers – a notoriously hard material to mark – for use in the production of high brightness LEDs.

Given the limitations of marking stainless steel medical devices with longer pulse lasers, both laser tools builders and some early adopters in the medical device industry have recently investigated using picosecond lasers for this purpose.

At Coherent, we have been working intensively on the optimization of stainless steel marking with our Rapid NX picosecond laser. This laser features an average power of 7 watts, a pulsewidth of <15 picoseconds, and a maximum pulse repetition rate of 1 MHz. Figure 2 shows typical marks created on 1.4301 steel with this laser. At first glance, these marks appear similar to the black marks produced using nanosecond lasers. However, their actual structure is quite different. With nanosecond lasers, the black appearance of laser marks on steel primarily arises from a compositional change in the surface and sub-surface layers, namely the creation of a black oxide material. With picosecond laser marking, a major contributor to the high-contrast black appearance seems to be a sub-surface nanostructural change that results in efficient light trapping and light absorption, without significant change in the material composition. 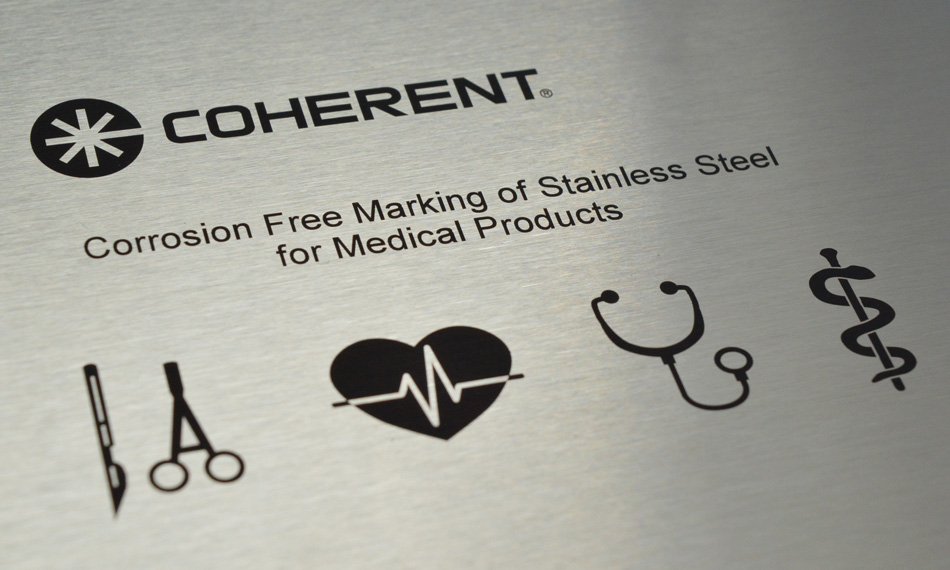 Microstructured surfaces that suppress reflections are not entirely new. For many years, the military has used microstructuring of metal surfaces to trap RF and thereby provide stealth (radar evading) capabilities to aircraft. And many insects use this on the smaller scale to trap visible light, which is why the results in military products are often called “moth eye.” We are currently having an academic facility conduct a thorough third-party investigation of the nanostructuring produced by the picosecond laser, as a more detailed understanding may lead to further marking improvements.

More important than the nature of the marks, there is a significant difference in performance for the black marks produced using a picosecond laser versus a nanosecond laser. First, our tests show that the marks are naturally resistant to corrosion (rusting) during repeated autoclaving and do not require any re-passivation for this purpose. And second, neither passivation nor autoclaving cause any appreciable fading of these marks. This extends the lifetime of re-usable devices, lowering the cost of ownership. It also simplifies and lowers the overall cost of medical device fabrication as it puts no restriction on the order of when, and in what order, the marking and passivation processes are performed. The bottom line is that these picosecond laser marks are more permanent and less restrictive to use than nanosecond laser marks.

Figure 3: The PowerLine Rapid NX is a next generation picosecond laser marker that is ideally suited to marking stainless steel devices.

In the past, picosecond marks in other applications have often been collectively referred to as “high value” marks, because the cost and complexity of the available picosecond lasers and tools meant that only high value products could justify their usage. This situation has changed as laser manufacturers have responded to the growing interest in picosecond laser marking by developing a new generation of products using advanced materials and methods, at a lower price point than was formerly available. The Rapid NX is a standout example of this shift – see figure 3. This laser has a lower capital cost, uses high-reliability components (such as the Coherent state-of-the-art, long lifetime pump diodes), and a modular construction that enables easy field service to further reduce the cost of operation. Marking costs are also helped with picosecond lasers by process speed; every pulse causes material transformation and thus contributes directly to the mark contrast. With nanosecond lasers there is a need to build up the thermal effect over several pulses.

Furthermore, Rapid NX is also the world’s first industrial picosecond laser developed from the ground up using proven HALT/HASS design, engineering and QC practices. HALT stands for Highly Accelerated Life Testing and is used in many industries to identify and eliminate inherent weaknesses in a product’s design. HASS stands for Highly Accelerated Stress Screening which is used to comprehensively test products before shipping and find any weaknesses due to assembly, workmanship and so on. HALT/HASS goes far beyond typical “shake and bake” testing, and Coherent is proud to be the first laser manufacturer to invest in dedicated, on-site HALT/HASS testing equipment. 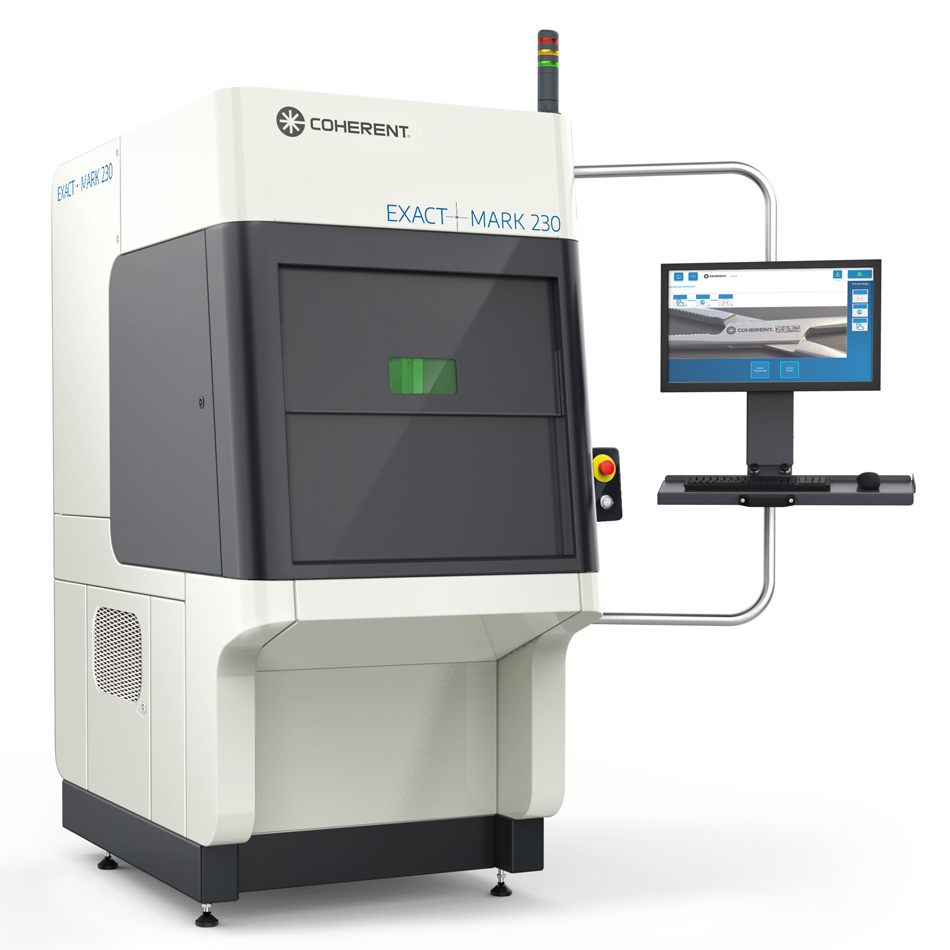 Another trend in laser marking and many other applications is that customers are increasingly requesting higher levels of integration. Instead of just a laser, today it is common for device manufacturers to specify a laser marking sub-system, including the laser, beam delivery optics, scanning optics, and a system computer. In addition, with the growing demand to mark contoured surfaces, this system often includes optics, autofocus sensors, and software to accommodate that. Alternatively, we are seeing more device manufacturers purchasing a complete marking workstation, which includes parts handling and positioning equipment for total process automation. And lastly, there is a small but fast-growing demand for both a workstation together with the process “recipe” to achieve a specific result, where the customer specifies and purchases the results at a pre-determined throughput.

Coherent is unmatched in the ability to offer superior products at all these different levels of integration. For example, the new ExactMark 230 USP combines the industry-leading ExactSeries workstation platform, already proven in many different applications, together with a state of the art Coherent PowerLine Rapid NX picosecond laser sub-system.

In conclusion, marking of stainless steel medical parts represents one of the most challenging marking applications today because it combines strict requirements for the exact nature of the mark and avoidance of material property change (i.e., corrosion resistance). Picosecond lasers, which have already proven themselves in a variety of other demanding marking applications, appear poised to deliver the best solution for medical marking, and continued improvements in their reliability, performance and ease of use promise to make them more economically attractive as well